Scientists from the British Geological Survey (BGS) have published a new paper in Nature Geoscience mapping out the quantity and quality of the world’s most important aquifer the Indo-Gangetic basin.

For several years satellite measurements have found that groundwater levels are generally declining across the region as groundwater abstraction for agriculture increases. However, this current study, published online this week in Nature Geoscience, looked in much closer detail at how groundwater quality and quantity varies and found that the greatest threat to groundwater in the region is more likely to be from water quality problems than widespread depletion. What is the Indo-Gangetic basin aquifer?

These are sands gravels and clays that lie beneath the Indus, Ganges and Brahmaputra rivers -. They are several 100s of metres to kilometres thick – and have been formed by the erosion of the Himalayas. The basin first formed 15 million year ago, The shallowest 200 m which is generally accessible for drilling into is made of sediments 10,000 years (Holocene) and up to 2 million years (Pleistocene). The area forms a flat fertile plain and is intensely used for irrigation.

What is new about this research?

This is the first time that this aquifer, which crosses 4 countries has been looked at together at any detailed scale.   Previously, there has been excellent detailed work done individually in parts of each country, and also good very broad analysis across the region using satellites. What we have done is to find as detailed measurements as we could for the period 2000 – 2012 and work out the volume of groundwater in the aquifer, map out where water levels are rising or falling, and also map out the water quality. To a scale of roughly 10 x 10 km.

What is the main finding of the research?

Our main findings are that across much of the aquifer poor water quality is likely to be more of a pressing problem than widespread depletion. Problems of arsenic are really well known in Bangladesh, but can occur elsewhere in the aquifer. Salinity is a huge problem in southern Pakistan, but also a major issue in the Punjab region of Pakistan and in northern India. Although the salinity and arsenic are natural, they can be made worse by unmanaged pumping or irrigation.

How can this research help?

By mapping out in more detail where groundwater is depleting/rising, and the water quality, we can help target new groundwater development to where there is good groundwater quality – and target any management strategies to where the problems are worst. What we are doing now is mapping out the 3D geology of the aquifer so we can divide it into different blocks that are suffering the same problems and have the same sort of geology – regardless of which country they are in.

How much groundwater is stored in the aquifer?

We have estimated the total volume of groundwater to be about 30,000 km3. About 20 times the combined annual flow in the Ganges, Indus and Brahmaputra (1200 km3). However we estimate 23% of this is saline and 37% affected by arsenic.

How much groundwater is pumped out every year?

Approximately 205 cubic kilometres (km3) of water is abstracted every year and is estimated to be rising at 2 – 5 cubic kilometres a year. To put in context, the total annual groundwater abstraction in the UK is abou2 2.5 km3 and the global annual groundwater abstraction is estimated to be about 800 – 1000 km3

Is the groundwater renewable?

Much of the groundwater abstracted every year is replenished by rainfall and leaky canals and rivers. Our research shows that the annual deficit is about 8 km3 per year

Which areas are worst affected by depletion?

What is the groundwater used for that is pumped out?

Most of the groundwater (90%) is used to irrigate food crops, such as rice, wheat, cotton and sugar cane. Groundwater is also used widely for drinking and is the main source of drinking water in Delhi, Dhaka and Lahore.

Which areas are worst affected by water quality problems?

Throughout much of the drier part of Pakistan and North Western India, the groundwater is affected by salinity. This is being made worse by pumping and irrigation. In southern Pakistan, most of the groundwater is unusable. In the Bengal Basin (Bangladesh and West Bengal) much of the shallow groundwater has elevated arsenic which has caused widespread problems for drinking water. Groundwater quality is also a problem round urban areas.

What is the origin of the saline water?

There are several reasons… Mainly the high evaporation in the area – so naturally shallow groundwater can evaporate, or irrigation canals from surface water. Also deep boreholes can bring up naturally salty water into shallower parts of the aquifer

What is the origin of the arsenic ?

It is found in the younger (10,000 years old) sediments – where the groundwater chemistry is such that it allows the arsenic to be leached from the sediments. Its often in higher concentrations in shallower groundwater – up to about 100 m – it’s rare for it to be found deeper.

Arsenic poisoning can cause keratosis: growth of keratin on the skin

Are the satellite gravity measurements of others wrong?

No – but they are just cover a much larger area so cannot provide much detail on the aquifer. Our study has actually shown that the satellite measurements are largely correct when averaged over north west India and Pakistan.

What are the governments doing to tackle the problem?

Groundwater monitoring projects have been set up by the governments to try to help monitor how rapidly the groundwater is being degraded and where good quality groundwater can be found. Pakistan has had large programmes in the past to try to mitigate problems of salinity. It is very difficult to reduce the amount of water farmers pump out of the aquifer particularly when electricity has historically been subsidised. However, the Indian government has been trying to limit groundwater use by rationing the supply of electricity, or increasing costs. India are investing billions of dollars to help clean up the River Ganges. Some of this could help with the groundwater pollution.

How did we map out the depletion and water quality?

We use statistical analyses of multi year groundwater-level records from 3,429 water wells and a compilation and interpretation of existing high-resolution spatial data sets and studies within Pakistan, India, Nepal and Bangladesh to assess: groundwater-level variations; groundwater quality; and groundwater storage within the top 200m of the aquifer.

What impact is climate change likely to have to groundwater resources in the aquifer?

Climate change is unlikely to have a catastrophic impact on the aquifer. Forecasts for the region ‎ show that the river flow in the Indus may decline in the future, but the other rivers could remain stable. Changes in rainfall are difficult to predict accurately, but predictions indicate more variability. The large storage of groundwater in the aquifer offers an excellent buffer to short term changes in recharge.

Are there any other water quality issues in the aquifer, in addition to the reported arsenic and salt in some parts of the basin?

There are other water quality issues emerging in some parts of the basin, but little data to assess their distribution. These include: pollution from fertilizers and pesticides; naturally occurring fluoride; and contamination from urban areas of metals and organic compounds.

Are the data sources used in the study available?

The maps developed as part of this study are available to download on the BGS website. The raw data from the individual wells is the property of the individual countries involved in the study.

Who was involved in the study?

The study involved researchers from many countries:

Who funded the study? 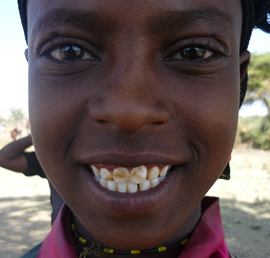