Common pool resources, popularly known as “commons”, are those resources which are accessible to the whole community or village and to which no individual has exclusive ownership or property rights. Drawing on village-level data from the 2011 census, it is estimated that India has over 66 million hectares of land classified as common land; a quarter of the total land area including forest, permanent pastures and other grazing lands, barren and unculturable lands and culturable wasteland [1]. Therefore protecting and caring for common resources is essential in creating flourishing socio-ecological systems.

But due to deforestation, overgrazing and exploitation of water resources, commons are facing issues of overconsumption and under-investment, leading to their depletion. This often results from individuals trying to maximise their own gains rather than work towards collective outcomes, which is referred to as the tragedy of the commons.

When we want to establish the protection of the commons, it is impossible to do so without involving the community and different stakeholders in the process.

“You cannot protect a forest by installing surveillance cameras. It will only be protected when the eyes of all stakeholders are open” [2].

Although many patches still need special attention, a great and diverse set of examples is visible in Bichhiya Block, Mandla District, Madhya Pradesh, Central India. This blog discusses 2 cases where the community played an important role in restoring the commons.

Due to deforestation and overgrazing for many years in Central India, the land has become barren, and the invasive plant species of  Lantana Camara has been growing uncontrollably (Figure 1). Although Lantana Camara is used for fencing, the plant can have many negative side effects. Lantana Camara competes with native plants for space and resources, and because the species grows in large densities, no grasses or small plants are able to grow. Moreover, the plant alters nutrient cycles in the soil[3]. Extensive feeding on lantana has led to diarrhoea, liver failure and even animal death. Sometimes excessive growth of these weeds also results in forest fires during summer. Therefore, it is mentioned as one of the most damaging invasive species in India. In some villages, large-scale Lantana Camara removal projects have been executed by the community with the help of Gram Paryavarn Samiti and Van Suraksha Samiti (Village Environment and Forest protection committee) facilitated by Foundation for Ecological Security (FES). These projects aim to regrow forests again. Reforestation projects have been done in multiple ways, of which one manual reforestation. Another example is that after cutting all Lantana Camara, the underground forest (roots still present in the ground) was able to grow back with the help of large conservation efforts such as Farmer Managed Natural Regeneration (FMNR) (Figure 2).

This common area vegetation shift, from Lantana to forest, has benefited in multiple socio-ecological ways. For example, at the sight of Figure 2, a cremation place was present. Back in the day, the people suffered from the heat during the important cremation rituals, leading the place to be identified as unsuitable. With the forest present, the rituals can be performed comfortably again. Additionally, the reforested areas are suitable for grazing, extraction of fodder/ leaves for mulching, and provide an overall improved situation to live in (lower temperature, more diverse nutrition, increased water tables etc.) (Figure 3).

“With the guidance of our Gram Paryavarn Samiti and Van Suraksha Samiti, we have protected and nurtured 17.29 acres of our common land by removing invasive species like Lantana, which has allowed the native Ladiya to regenerate. Today, they flourish and give us shade and fodder. We have imposed a community ban on the cutting and felling of trees, and formed rules and regulations to manage these lands. This has helped native species regenerate and we are very happy to see some trees grow to 20 feet.

Another good example of common restoration is a large pond/lake and forest combination implemented in Gubari village. In this village, large efforts have been made to develop a large common pond with good conserved forest upstream. This pond was primarily used by farmers living nearby for irrigating their farms and by some other households for domestic purposes (bathing), it was decided to use the  pond for undertaking community fishery. After obtaining permission from the Panchayat, the community undertook de-siltation of the pond and removed the shrubs through Shramdaan (voluntary contribution of labour) and the village institution collectively framed rules for the governance and management of these water commons. Now the water is retained, and the pond has sufficient water all year round and also helped improve the community’s food diversity (fish for 65 households) and nutrition intake while also helping them save a part of their income (Figure 4).

With these examples, we hope to give insights into ways/ practices of communities and institutions to treat common land such that it provides resources for the whole (or at least a large part) community. This gives a community incentive to maintain these common resource pools. 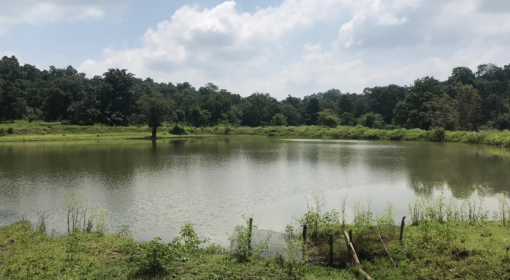 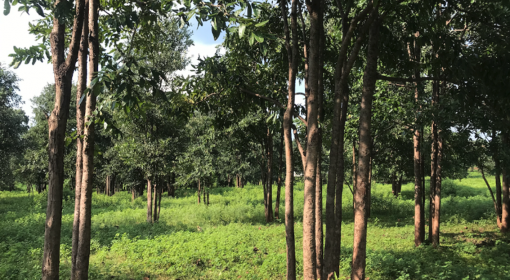 A Socio-Ecological Systems approach to agriculture