Obviously most rivers are natural, but there are also small rivers created by men: to drive water mills, to create navigation canals or drain an area. Here is an example of such small man—made rivers, called ‘spreng’ or ‘vloedgraven’, of which are many in the eastern part of the Netherlands.

Making a spreng takes  excavating and protecting a source. The low hills of the central part of the Netherlands are made of heavy loam, stones and wind-deposited sand. Much of these layers does not allow water to penetrate and as a result, groundwater is available in the higher parts of the hills. By excavating the source (called ‘sprengenhoofd,’ or head of the spring) the basis of a small river is created and a reasonable slope is made available to bring the water downstream. Some sprengen (sprengs) are even elevated to reduce the slope and to create highest possible hydraulic head (force) at the water mill. The water mills thrived as they found use in  the local paper industry (among others) in this part of the Netherlands. Most of these small man-made rivers are a few kilometres long. Some cross each other, creating complex water networks. These small rivers were developed to convey water from the hills to the mills. It was thus of utmost importance to keep the water courses clear of vegetation. Leakage was avoided by lining the canals with the locally available loam. In the Royal Palace ’The Loo’ (never mind the word) near Apeldoorn, the small man-made rivers were also made to drive fountains, for instance.

Closely related are the ‘vloedgraven’,  more common a little further east in the Netherlands. Here a large pool is excavated which forms the start of the drainage canal. In this area most water is subsurface – recharged from the nearby hill areas. It creates  large swampy plains. This was until the 13-14th Century when land was allocated in these areas and the areas that were converted into farm and grazing land.

Is there something familiar in the sprengen techniques? For those who have seen the horizontal well systems of Iran, Middle East and other parts of the world – there must be. In these age-old systems a mother well is excavated deep down (unlike the shallow sources at the head of the spreng or vloedgraven). The water so tapped into is guided through a long tunnel at the end of which the it daylights. These so-called qanats (aflaj or qanats) have a wide geographical spread and even special study groups exist to document them. And there is often Mohammad Ghadafi’s vain legacy – the Great Man Made River in Libya draining the Nubian sand stone aquifer.

Many of the sprengen were neglected – like the qanats –as since the industrial revolution in the 1850s  there is no need for watermills in the Netherlands. However, they are being rediscovered and rehabilitated to create better storage in view of climate change and to restore attractive landscapes. In light of this new perspective, it is an art to restore systems of cultural-historic value in combination with realizing ecological and hydrological goals for the next century (an example can be seen in the video below). 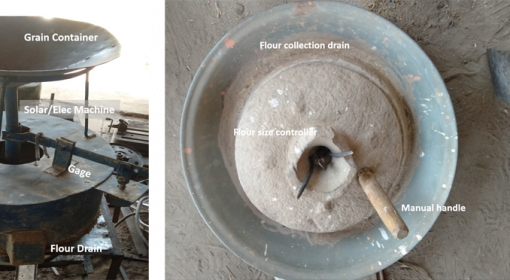