Is Peri-urban wastewater use the right pathway to food security? Urbanization and population growth in Kathmandu Valley are widening the gap between supply and demand for water – reaching worrying levels that in some parts of the periphery (peri-urban) areas is increasingly creating a threat to local ecosystems, groundwater aquifers and human health.

Globally, scientists, development practitioners, engineers and planners are exploring ways to conserve water and reuse urban wastewater for various purposes like irrigation and for other ecosystem services. Wastewater often consists of liquid wastes produced by industrial, commercial sources and households.

Currently, Kathmandu Valley, consisting of the three historic cities Kathmandu, Bhaktapur and Lalitpur, is experiencing increasing water scarcity. Groundwater and surface water resources are depleting, largely due to over-exploitation of various industries, such as brick kilns, garment industries, water tankers and other commercial industries. Similarly, climate change is also skewing the water balance in the valley causing reduced, but intensified rainfall and shifting monsoon seasons. Under these circumstances, the rising demand for drinking and irrigation purposes is further intensifying water scarcity, encouraging the use of non-conventional waters, like – (untreated) urban and peri-urban wastewater for agricultural irrigation.

Many farmers in peri-urban areas of Kathmandu Valley resonate a shared view about depleting groundwater and surface water resources becoming a major issue. In the past, smallholder farmers used the irrigation canal named Raj Kulo from Ghatte Khola to water their farms. Nowadays, the irrigation canal supplies water from Ghatte Khola to the agricultural fields between mid-June to February. However, farmers described that there is hardly any water, especially from March to May. ‘The only option left for these farmers are to use wastewater for irrigation’.

Wastewater is pumped using a generator. Most farmers do not own a pump and thus need to hire one and pay around 200 – 250 NPR (1.60 – 2 EUR) per hour. During winter, farmers usually pump twice a month. In the summer, before the monsoon farmers pump more. Due to the warmer weather and higher evapo-transpiration rates, as the crops require more water. Between April and May (the hottest time of the year), they need to irrigate once a week.

As mentioned before, climate change is another factor that plays an indirect and direct role in water resource use in the peri-urban areas in the valley. Climate change affects vegetation and, in turn, aggravates soil erosion. Its more direct effects are high temperatures and erratic rainfall. During the dry season water is even scarcer. Farmers from Dadhikot highlighted that they do not pump wastewater during the period: as the water levels go down, the concentration of pollutants goes up. Furthermore, the river appears all the more polluted, choked up by polythene products, dissolved organic carbon and pathogens. Many farmers complain that during April, when the summer begins (and rising temperatures lead to increased evapotransipration) the water from the river produces a vile odor. When asking farmers about health risks, they often grumble about the use of wastewater and its effects. As one farmer cites that “farmers need to wash their hand and feet multiple times, otherwise the dreadful smell remains”. Skin irritation and allergies are also commonly reported, linked to the use of wastewater. However, farmers do not take the health risks seriously. According to some farmers, the use of wastewater on crops during summer causes them to wither fast erdue to the high evapo-transpiration rates.

The meager groundwater sources peri-urban farmers can access through wells is not sufficient for agricultural production. Therefore, it is mainly used for seed sowing and for washing vegetables to be transported to the markets. Most crops are sold and few harvested for household consumption.

Meanwhile, due to the rapid population increase and urbanization, many municipalities in the peri-urban areas lack the capacity to manage the wastewater produced. Another environmental concern is that the rivers and canals are also used as rubbish dumping grounds. When asked if there have been any changes in soil quality due to the use of wastewater, some surrounding community members and farmers say they have seen none.

There is an increasing consensus about the uncertainty, opportunity and risks of wastewater use for agricultural irrigation by practitioners, development agents and researchers.

Many people in the peri-urban areas socially accept see wastewater use for agricultural irrigation, seeing it as an opportunity. Given that these water-scarce farmers use wastewater to irrigate their crops, they also recognize it duly as a valuable resource because of its high nutrient contents and its constant availability. Farmers have also recognized the economic benefits of wastewater use. They often provide better yields without the use of fertilizers.

On the contrary, the shocking aspect is the risk of potential contamination of surface and groundwater resources and the risk to public health from enterobacterial viruses. Pollution from Industries like garment manufacturers increases further the uncertainty around the issue. Also, there is an increasing concern about some farmers who have developed to skin infections and other diseases. Many smallholder farmers do not use protective gear such as gloves and wellies boots.

The use of wastewater will increase as urbanization and population increases. However, looking from a public health perspective, questions arise as to whether food suppliers, middlemen, and consumers consider the plausible long-term health risks, such as the accumulation of microbial and chemical contamination of agricultural produce in the food chain? Will stricter environmental standards be established to help recharge groundwater and improve the quality of surface water resources? And, how can this be managed without disregarding the needs of the marginalized and poor?

In general, wastewater can be used as a means of fertilizer but comes with challenges. Farmers could try methods to clean up wastewater, though this requires attention on the specific focus on issues of safety and protection. 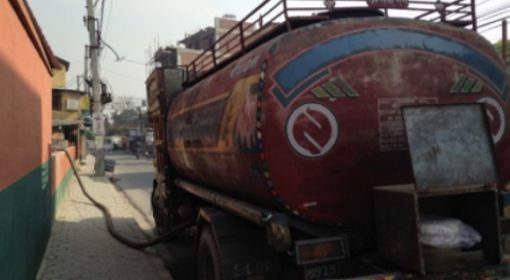 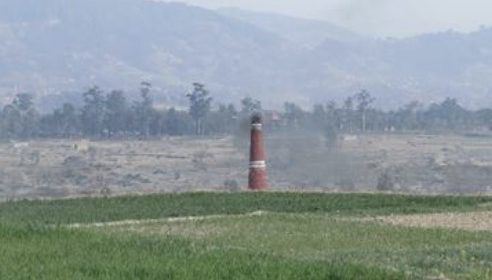