Malawi as a country has been blessed by a lake called Lake Malawi. It is not just a blessing but a source of blessings to the country and its people. These blessings visible in support of the country’s Agro-based economy. The lake is connected to all operations of sectors in the country. The livelihoods of people along the Lake depend on it for fishing, farming, drinking water and transportation. Millions of Malawians are employed because of its existence. The job opportunity does not go only to people along the shores of the lake but run throughout the country. As many sectors that provide jobs do benefit from the lake. At the end of the day every Malawian relies and benefits from the lake, either directly or indirectly. The lake is very important to Malawians even to the next generation of Malawians. To the extent that we can’t imagine life without the Lake.

(Below: Map of the Lake Malawi watershed with Major rivers based on Hecky et al 2003) This is me, Collins Namwera, living in Malawi. I am a Malawian who wants to move on with life and use my capacity to do well. To invest in irrigated farming. I bought a water pump to pump water from one of the rivers that recharge Lake Malawi with its waters. I bought 5Ha forested area in the upstream. Cleared the land for farming, made charcoal and firewood out of the trees which I sold to the city residents as it is a quick cash trade in Malawi.

With the high demand of farm produce on the markets of Malawi, I was Obsessed in producing more crops. I constructed water reservoirs on the farm and dug wells in the river bed to store water to ensure that water is available for my farm as the river flow drops every month. Storing water for my crops for their survivor is what runs in my mind, at the end of the day I have to make money from them, everyone needs to survive. Let alone did I deliberately forget that Lake Malawi requires to be recharged by the water I was holding. The trees I had cut were used to help in recharging the ground water, but I considered making money of more importance than recharging the Lake.

What goes around comes around, nature if disturbed reacts silently but at the same violently. Water levels are dropping in the lake every passing year, more than a meter as of 2016 however. Lake Malawi is suffering because of my actions and other like-minded individuals and many multinational companies pumping water from the lake and the rivers that recharge her without following water policies and conservation policies. Her water levels are dropping and this is affecting the Electricity Supply commission of Malawi as they cannot produce power as normal. The electricity producing company depends on the lake as the main source of shire river for its downstream hydropower production. The required flows to generate electricity are not reached in shire river due to the dropping of water levels in Lake Malawi. Now electricity is rationed throughout the country. Malawians are now getting the taste of what we are doing to blessings of nature.

To give more light on the revenge of nature, in the city where I conduct my business, fire gutted one of the big markets. The city fire department failed to put the fire off. Among other reasons, water was on the list as they did not have enough of it to fight the fire. Shop owners, most of whom benefit from our farming produce were startled by the incompetence of the fire department.

The blame was on water scarcity within the city. The Water supply company at that time had issues in supplying water to the district of Lilongwe due to water shortage and high demand. The people of Malawi are well aware of the water crisis. One may wish to know, what could have happened to the water supply department?. The answers are quite simple “…they did not have enough electric power needed to pump the water from their reservoirs, some farmers who share my ideas are disturbing the watershed of the dam that the water supply depends and this is causing siltation of the dam and drops in water levels”, forcing the water supply to ration water across the district.

Now the cycle of events revolve in my head, the blame game, it is clear to me that nature is showcasing its reaction. Our actions are costing us a lot and will continue if we don’t act together.

I now know something has to be done in conserving and managing our natural resources in a sustainable manner or else we are going to blame each other again tomorrow.

Sound water resources policies have to be put in place and be implemented. Lake Malawi has to be recharged, the pumping of her water and her tributaries has to be controlled and managed. Deforestation has to be managed, ground water has to be recharged. The water shed of Lake Malawi has to have an independent body that will protect it. As a country we need a national day that will be reminding us about the importance of the Lake,. Radio programmes about the Lake have to be developed. Make noise about the Lake. Every Malawian has to know how costly the actions we do in ignorance or negligence are. We need civic education across the country about Nature Conservation. If we use water we should use efficiently or otherwise not. We must conserve the environment for the simple reason that all said and done we depend on it. 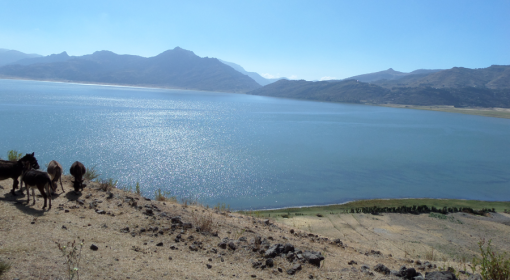