In March, 2015, Saudi Arabia launched an aerial bombing campaign and naval blockade on Yemen. The initially limited war then scaled-up dramatically, destroying daily life in the poorest, most populous, and youngest nation in the Arabian Peninsula.  The public utilities received a heavy knock all over the country. As a consequence, water services in the country collapsed. A severe reduction in access to water was the result.

The international humanitarian response was short-term intervention – basically to save lives. “Social water” projects started initially from small local initiatives, putting free water in street tanks. These popular examples were then quickly adopted by INGOs, and then water tanks prevailed in the streets of Sana’a and other Yemeni cities. Another type of assistance was provided by UNICEF: supporting public water utilities with limited amounts of fuel to keep them running at a minimum level.

The “save-lives” policy that was intended to be a very short-term intervention has lasted for 22 months now, establishing a parallel free-water market that is neither public nor private. The governmental water utilities, in turn, have fallen behind. The market share of Sana’a water utility (SWSLC) has decreased by 75%.

The hand-to-mouth assistance of UNICEF neither empowers Sana’a water utility nor lets it concentrate on managing its crises. A big portion of the fuel provided by UNICEF has to go to the wastewater treatment plant. The remainder can only be used to produce a limited amount of clean water and distribute it in an equitable but ‘thin’ manner, including the large segment of non-payers that are 70% of the customers.

As a result, people currently receive very little water from Sana’a water utility. The remaining demand is either covered by the private tankers at unaffordable prices by medium and low-income classes, or through free water tanks and tankers on the streets where people wait in long queues to fetch limited quantities in conditions of poor hygiene. In an unsurprising fall-out of the situation, the Ministry of Public Health and Population announced on 6th of October 2016 that a total of 11 out of 25 suspect diarrhoea cases in Sana’a had been confirmed as Cholera. The cholera has since then spread to 12 other governorates including Taiz, Aden, Lahj, Al Bayda, Al-Hudaydah, Ibb and Hajjah; threatening millions of people living in at-risk areas.

The “save-lives” approach doesn’t only affect the health sector, but also education. Children have to cut down their study time to fetch water waiting in long queues. Women have to bear much of the responsibility of meeting this new challenge of getting water, starting early in the morning every day.

The problem with the “save-lives” approach, that most INGOs have adopted including the official development agencies like GIZ, is that it neither enables Sana’a water utility to cope with the parallel market nor secures safe access to water for people in either the short or the long-term.

So what could be a solution?

The key is empowering Sana’a water utility, rather than weakening it through the parallel system of the ubiquitous water tanks. The humanitarian responses should allocate a portion of WaSH funds to strengthen Sana’a water utility and help it get back its market share. This will enhance water-access for the entire population within the utility service coverage area, including disadvantaged groups.

The good news is that even with the doubling of fuel price (to 0.74 $/Litre) due to blockade and market disturbance, it is still feasible for the utility to distribute its water under its regular tariff (0.58 $/m3), which is a sixth of the current price in the private market (3.5 $/m3). However, this needs Sana’a water utility to return to its previous production capacity. As of now it is running at only 25%.

The more the utility produces water, the more feasible it will be, and more will be the water available through a safer public network to all people including the poor and non-payers. If the utility gets back to its full production-levels, the water supply will be feasible.

The fixed cost of salaries amounts to 65% of the utility’s current expenditures. This has caused the utility to run into a vicious cycle of losses. The shifting of the central bank from Sana’a to Aden has compounded the problem; many salaries have not been paid for five months. Slight increases in tariffs for the public and commercial sectors will help the utility recover costs.

The first step should be helping Sana’a water utility to reach its full production capacity for two months. The vicious cycle of losses can then turn into a virtuous cycle of profit. This needs USD 1.25 million, which will pay for 0.8 million litres of fuel per month for two months, to produce 1.4 million cubic metres of water each month. At the moment, the revenues of the utility shouldn’t be spent to pay off employment debts; but used to meet fuel and other operation costs. With this, Sana’a water utility will get back to full production capacity, provide more and safer water for all, triggering an improvement in public health and education. The utility should ensure equitable water distribution in the city. Furthermore, it should also produce additional water for profitable zones to maintain cost-recovery and its equity portion in the long-term.

The Sana’a situation of free water tanks is an example where an emergency humanitarian response addresses short term problems, creates a lot of ‘do good’ feeling, but undermines the resilience of the systems at hand. Even in crises, we should look a bit further than that. 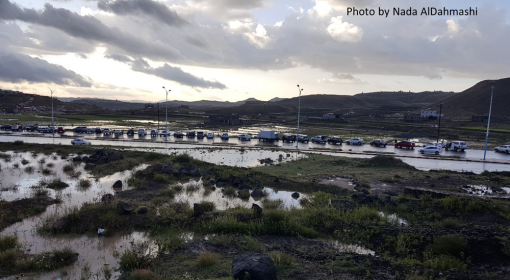 Rains in Yemen: A blessing or a curse?