The earliest wave of locust swarms attack was reported in June 2019. Since then, it has continued in various parts of Pakistan, with intervals.  This was the first major event in almost 58 years (since 1962) in the country, though smaller attacks have been reported occasionally ever since. Historically, the year 1929 is considered a milestone local event. It is remembered as the ‘year of locust,’ when heavy attacks occurred in the subcontinent.

During 2020, locust swarms have appeared in Balochistan and then in Sindh, Punjab and finally in Khyber Pakhtunkhwa. 8 Southern districts were declared to have incurred locust damage in Khyber Pakhtunkhwa alone. Recent estimates made by FAO warns that, assuming that damage was about 25% of standing crops, losses could be potentially  as high as 353 billion Pakistani Rupees (USD 2.19 billion) for the rabi crop; and about 464 billion Pakistani Rupees (USD 2.88 nillion) for kharif crops (summer sown crops).

This time the locust swarms followed certain routes from south west to north east in the country. Farmers believe that they entered Balochistan from Iran and Persian Gulf region and then gradually to rest of Pakistan. Interestingly, people were made aware of their movement through modern communication methods (mainly mobile phones) and as a result in some parts farmers made necessary arrangements beforehand. For example, one measure taken by many was beating drums at high volume to scare the locusts. In some areas farmers also used smoke by burning bushes and vegetation to repel them. However, according to farmers, locusts landed on ground at night and laid eggs there. Farmers also observed that locust swarms used certain routes and just kept moving.

Since the last major attack was 58 years ago, the current generation has no direct experience of handling locusts using local knowledge. It is not fully aware of methods to catch locusts, and of how to use them as a food source. Accounts of of locusts being consumed by communities in the Thar desert, Sindh, and parts of Balochistan were seen as tall stories in the rest of Pakistan.

According to experienced farmers, crops sprayed with heavy doses of pesticide were not favored by locusts as food. They are of the opinion that freshly sprayed crops over large areas helped reduce the locust population. Thus, spate irrigated areas (semi-arid areas irrigated by seasonal floods), where much of the crops are organic and pesticide-free, came under attack from locust swarms and report heavy damage. Water ways in these remote areas, such as beds of ephemeral rivers and their canal networks, trap a bit more moisture than surrounding areas and form the ideal micro-climate for breeding of locusts and survival of eggs and nymphs.

Some farmers claim that prolonged dry and warm spells (a result of climate variability) have helped decrease the spread of locusts in the past; while others believe that heavy rains, low temperatures, and hail storms have damaged eggs and larvae and served to check locus populations. Both claims are as yet unverified by scientists.

In February 2020, the Government of Pakistan declared the locust invasions to be an emergency and has started taking measures to eliminate them. A special centre at the federal National Disaster Management Authority (NDMA) offers a 24-hour telephone helpline for information regarding locust attacks anywhere in the country. In some areas, governments have announced compensations for farmers who have suffered from locust attacks.

Amid the COVID-19 pandemic, farmers are finding it difficult to control locusts on their own due to restrictions on transport and communication. There is insufficient supply of reliable, affordable pesticides and spraying equipment. There are no crop insurance programs in the country. In some areas, farmers have had to plant crops twice as the first crops were eaten up by locusts.

Locusts are not only attacking crops, but also damaging rangelands and other vegetations. Thus, livestock keepers and nomadic communities are also suffering . Such damage is most visible in arid regions like Balochistan where rangelands are already in poor condition. Due to a lack of small airplanes that can be used for spraying pesticides, scientists are working on developing spraying guns capable of spraying up to 200 metres in the air. 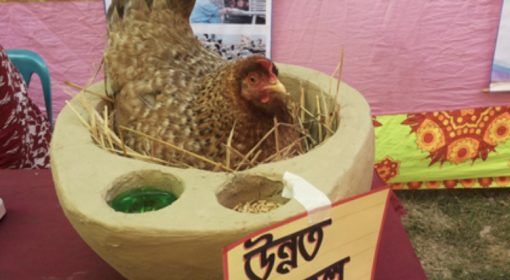