With at least 750 million of the poorest women and girls spending at least two tough hours washing clothes for their households, there is huge scope to make these women lives lighter and less painstaking by improving laundry practice. Doing so would create opportunities for women to spent time for education, personal and family care, social activities and other own interests. Improving rural laundry would also be a key to better hygiene and a key to dignity, especially for poor families that have very few sets of clothes. A number of time-tested methods exist that can be widely introduced. This will set the stage to transition in rural laundry.

Washing clothes is a necessary aspect of everyday life. Time taking and laborious the responsibility to do laundry almost always falls i upon women in many cultures. According to a study done by the World Bank in 19 countries, rural women spend an average of six hours on domestic work which includes cooking, collecting firewood and washing clothes. There has been very little attention to how laundry is done and how it can be made less tedious.

To understand the current situation of washing clothes in different countries, we conducted preliminary research in five different countries i.e. India, Pakistan, Nepal, Uganda and Ethiopia. The aim was to understand who is responsible for doing laundry and what are the methods commonly used to wash clothes. A separate set of questions concerned the role of local washer women that make a living out of doing laundry for others. In India, a needs based assessment survey was conducted in the state of West Bengal to get an overview of the demand for different tools which will help in saving time and water and better understand current hardships.

This post is a summary of the results. It assesses the challenges, hardships and risks that women face while washing clothes. It also describes different tools/methods that can be promoted to reduce the drudgery associated with washing clothes.

Based on the preliminary research conducted in five countries, it is seen that washing clothes is women’s task, pretty much everywhere. Most families in rural areas have very few clothes which makes washing clothes regularly even more important. When people are involved in heavy manual labour, clothes can become very dirty. Washing clothes is done by hand, using local washing powder or bars. Pre-soaking of clothes is practiced commonly where clothes are put in plastic bucket with soap and kept for a minimum of half an hour depending on the season. Wringing of wet clothes is also done by hand. No tools are used that make the work lighter – no washer board, brush, wringer, plunger, or spinning machine. For white clothes more aggressive detergents are often be used that cause skin rashes and, over time, sensitive skins.

The table below provides an overview of laundry practices followed in different countries: What is not always realized is that in rural areas clothes are a precious commodity. Majority of the people interviewed had 2-3 pairs of clothes on average. In Pakistan, the participants had 1 bedsheet per household and 2 towels which are washed and re-used. In some areas of Ethiopia and Uganda, people use local and traditional clothes like goat skin and animal skin as bedsheets. There were households who do not own any towels and dry themselves by sitting in the sun after bath. Others have one towel for the household which is washed and re-used. In Nepal, people had 1-2 bedsheets, one of which is used while the other washed and dried. There was 1 common towel for the household and usually no individual towels.

Scrubbing clothes is important as it helps in removing stains and dirt from the clothes and makes it cleaner. It was seen that people rely on traditional and locally made iron trays, stone slabs and metal barrels for scrubbing clothes. Rubbing is done by hand. Clothes like big blankets are soaked in water and people use feet to stepping on it for few minutes to put more energy into the rubbing process. Brushes are not commonly used. In addition, hitting using sticks assists the rubbing of big blankets and rugs. This practice was followed in all the regions where the study was conducted.

People generally use small bars of soap to wash their clothes which are locally available in the shops. Some people also use powders and liquid detergents to soak the clothes. In Ethiopia, it was found that some people still use locally made or homemade soap from plants leaves and seeds. The three kinds of washing products that are most commonly used come in different sizes. Soap is usually packaged as longitudinal bars of either 0.8 or 1 kilograms. Powdered detergents are packaged in packs of  250 grams to 5 kilograms. Liquid soap is packaged in bottles of 0.5 liters to 20 liters. Depending on the need of the household, different kinds of products are purchased. No special treatment like bleaching or ironing was done by households in rural areas. Only in urban households ironing of clothes was sometimes done after they were washed.

Engaging washerwomen is not common in rural areas. Yet it is widespread in urban areas: typically households give their clothes to washermen/women once a week or twice a month depending on their need. It is a typical profession of the poor.

From the study it was seen that washermen/women are hired through recommendations / word of mouth. They are either hired to work on a daily basis or on a weekly basis. They are paid either per cloth washed or for bundles. Different clothes have different rates, which vary depending upon whether the clothes also need to be ironed or bleached.

These washermen/women use their hands to wash clothes. They opt for the same process for soaking, washing clothes, wringing and drying as the rural households do. They soak the clothes in water with powdered detergent and wash them by hand. Wringing of dry clothes is also done by hand. They hang the clothes in line under the sun to dry them. The washerwomen use special treatments like starch, ironing and bleaching. They use bleaching powder to get quick cleaning. Ironing is part of the service they provide.

Shortage of water can be a huge problem for washerwomen. They also face the challenge of their job not being secure. As more and more urban households are buying washing machines, the demand for their services is declining. The future of washerwomen/men remains dark as people prefer washing clothes in a machine from the comfort of their house rather than a stranger doing it for them.

Tools/methods that can be promoted to improve laundry techniques

The good news is that there are various tools which can make laundry easier, time-efficient and save water in the process too. Currently, people who are engaged in washing clothes ( mostly women), use basic tools like a bucket and a beater to wash clothes. In some cases, they use a flat slab. Bushes, tree branches and shrubs are commonly used to hang clothes for drying. By using different tools which can be built locally, women can make the process easier and can save water and time as well. These are not novel tools – they have a history of widespread use in many countries. By spreading them, the overall cleanliness and hygiene will also be improved and the wear and tear of clothing reduced. These are explained below:

For more information on the application of the tools, please visit the following link: Making laundry easier

A demand based assessment survey was carried out in two villages of Jalpaiguri district, West Bengal in India. The objective was to understand who is responsible for doing laundry and the challenges and risks they face while washing clothes. Furthermore, the assessment enabled us to understand the need and demand of simple innovative tools which can ease the process of doing laundry.

It was found out that women and young girls had the primary responsibility of washing clothes.  They also spend a lot of time and effort on washing clothes. They were interested in having specialised tools at their disposal which will make their work easier. When asked about what they would do with spare time if the time spent doing laundry was reduced, a majority of the women responded that they would take rest as they are overloaded with a range of household chores. Other women suggested that if they have spare time they will spend time with their friends and their children.

The women were asked about their preferences among three different tools, to reduce the work load of washing clothes. Most of the women chose corrugated washing board as they found it easy to assemble, simple to use and less expensive. Other women preferred to have a spinning machine as they felt it would save time and prevent their private garments to be seen. The machine could also be operated by a male member which will reduce their workload. A small number of women chose the plunger as they felt it could be made using local resources and is simple and time saving.

In order to identify the demand for tools, the women were asked to rank their preferences. Interestingly, half of the women ranked spinning machine as their first preference, followed by corrugated board and plunger. Majority of the participants also expressed their interest in learning and receiving training for building the tools. They felt thatthis could be source of income generation, as well as help to reduce the drudgery of washing clothes.

Despite its huge demand on precious time and the impact on women’s health and on hygiene, the need to improve the process of doing laundry has been largely overlooked. It is not part of WaSH, water or gender projects implemented by governmental and non-governmental organisations. There is, however, much to gain in this direction. There is also scope to produce such better laundry tools locally, while createing employment opportunities. We conservatively estimate that at least 750 million women spend two hours a day with back breaking laundry chores. This can be easily improved. A special target group would be washer women, a particularly poor professional group that would gain a lot from more efficient tools for their trade.

For more on the Rural Laundry Initiative: mmukherjee@metameta.nl 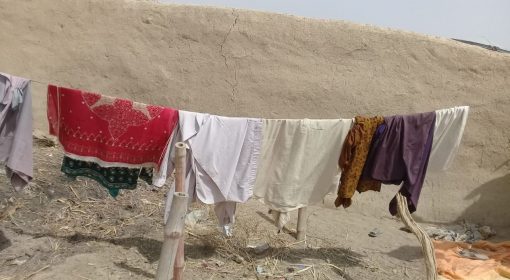 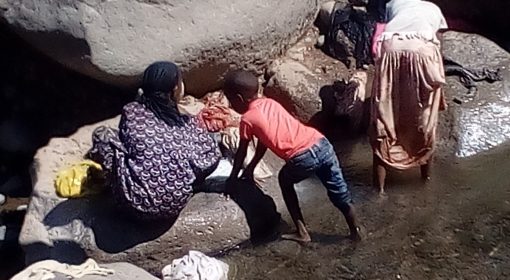 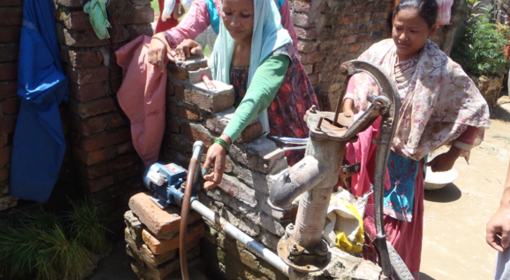