It is an amazing place with a history of civilization of 12000 years. This is where grains were first domesticated and agriculture was invented: the historical area around Harran and Urfa in Eastern Anatolia (Turkey).

This is also close to where the Garden of Eden was said to be situated. Harran is mentioned in the Bible and in the Quran as the city were Abraham (Ibrahim) and Job (Ayub) spent some of their formative years. Legend has it that there was a time when one could walk from Aleppo to Harran (~200 km) entirely under fruit trees. On the way, one could hardly see the sky, so dense was the canopy. Harran city was served by springs fed by underground rivers. It was at the crossroads of international trade and cultures. Its history remained unbroken for a long time. In the early days of Christianity it housed one of the first universities, famous for its heretic teaching.  What is left of it is the erect astrological tower (some say the tarot card is modelled on it) built from ostrich egg shells and rosewater – still giving a sweet fragrance after it rains. A few centuries later one of the first mosques in what is now Turkey was built here.

But then things fell apart and buildings turned into ruins. If one takes a look at Harran now, one sees a half-abandoned village like many others, but perched on top of four thousands years of history and hidden behind an ancient city wall. Around Harran the landscape is dull and dreary – endless fields of cotton and maize with not even a tree to break the monotony. This is literally paradise lost.  So much could be done – more diversified crops, higher-value products, more life, but is just cotton fields and maize.

There is ample water here, but it seems to suffocate rather than nourish. Nowadays the area is all irrigated from the GAP (Greater Anatolia Project). It was in fact the first area commissioned in 1995 under this mega-project.  Unfortunately, a harmful cropping pattern was set and rampant over-irrigation started to be followed.  The excess application of water is creating an out-of-balance system. Most striking are the drains that are running like small rivers – removing the water that is excessively applied upstream.  It would make much more sense to go for finely-balanced water allocation where the use of groundwater and surface water are synchronized; rather than diverting supplies to the area excessively.

On top of this the two crops that are being grown – maize and cotton – do not necessarily yield much direct returns to farmers but are made attractive only on the strength of substantial government subsidies. The ‘why’ of it all is enigmatic. The area should have the harbinger of agriculture but it is not.  What happens these days at the Harran plains is the typical problem of managing a mega-irrigation system: unbalanced water allocation, leaky infrastructure and no clear systems. With all this attention to the ‘water crisis,’ the management of mega-irrigation systems is being forgotten. Mega-irrigation systems consume vast quantities of water but waste a lot of it.  Waterlogging and salinity are major ailments – symptoms of wastage but also creating unhealthy living conditions. Yet there are very few people or educational institutes in the world that know how to manage an irrigation system of say  more than 100,000 hectares. There is often too much attention paid to the small things but bigger issues are ignored. This is a call to get serious with the larger systems and introduce balanced irrigation water management in educational curricula, in high-profile water weeks and symposia, and mainly of course in the systems on the ground. 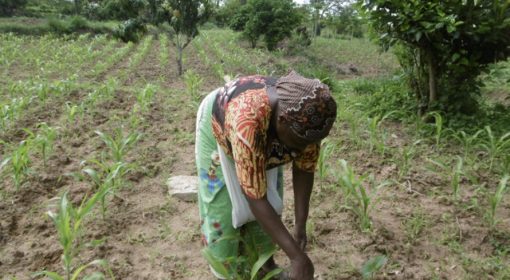