How to break the monotony,  how to reach out to children that have had difficult trajectories, how to convey basic lessons in exciting ways?

During the winter of 2021/2022 four different WASH  Games with a Heart were tested inside the Mavrovouni refugee camp in Lesbos, Greece. The purpose was to see whether it was possible to play these games in a setting like this, what the local situation was inside the camp and what aspects should be taken in consideration when doing this. This article will elaborate on all of these points and present an overview of observations from time spent inside the camp.

The use of games as an educational method has many advantages. It builds a fun, comfortable and relaxed space for learning, sometimes also allowing the children to interact or even cooperate with each other. Games are already used a lot within the current schools, for example through the use of flash cards or memory. Children seem to enjoy this more, as it takes less concentration, makes the learning more interactive and requires initiative.

The game testing was mainly done through the schooling system. There are a lot of different NGOs involved in the schooling. The goal is for all of the children to join the Greek public school on the island. However, this is not possible for everyone yet. Therefore, several NGOs have set up their own schools both inside and outside of the camp, ensuring every child attends at least one school. Apart from playing the games inside the school, the games were also played through educational outreach. This means that teachers – or other volunteers – visit the houses of the children and repeat the school exercises of the week before, together with playing some games. These games are not necessarily educational (for example the children love to play Uno) but they can still provide some opportunities to learn English and (cognitive) skills.

The games tested were educational. They covered the topic of Water, Sanitation and Hygiene (WaSH). Inside the camp, the WASH facilities have improved a lot since its beginning. When the camp was constructed after the old Moria camp burned down in intense fires, there were hardly any facilities to begin with. There were only a few shared chemical toilets, showers were non-existent, and residents had to wash themselves in the sea. Over time more chemical toilets and showers were placed and in December 2021 WaSH containers opened. Now there are 655 flush toilets and 370 hot-water showers present. There are water taps, but people drink their water from bottles either distributed or purchased from the supermarket. In some cultures found in the camp, hygiene practices are already embedded; in others they are less so. Therefore multiple activities around hygiene promotion have been taking place not only in schools but also in the form of door-to-door outreach activities during which people listen to a lesson on hygiene or receive a flyer with related information. During these activities, games can add to conversation and a more effective transmission of key messages.

There are different cultures present inside the camp. The population in Mavrovouni consists of around 1,700 people at the moment, mostly originating from Afghanistan followed by Somalis and Congolese. There are also other nationalities such as Syrians, Eritreans, and Iraqis, among others. This results in a diverse international setting. Most of the people follow the Islamic culture, next to the cultural practices of their country. In this culture hygiene practices are very important. This can therefore also be seen in the knowledge of the people when being given a lesson on hygiene. Still it is important to provide lessons about WASH, as the facilities can differ from what they are used to and it is very important to keep the environment and the people clean. In addition, in the past there have been some difficulties with getting unaccompanied, underaged men to exercise hygiene practices. Therefore some campaigns were set-up for the purpose of motivating the boys to shower and clean-up after themselves. Nowadays, no unaccompanied minors are inside this camp as they are all moved to the mainland.

A problem that arises with the presence of all the different nationalities is the difference in languages. These can form language barriers making it more difficult to play the games with the children inside the camp. The children do not always understand the rules of the games and gameplay by explaining it to them in words, or they do not know the English concepts the games were about. Especially with games like quartet it is more difficult as they require quite a lot of initiative and knowledge of English. When the games are being played inside the school, it is advised to combine it with a lesson plan in English to get the children familiar with the English words. Sometimes, adults join the games when doing outreach. Adults often have a lower English proficiency than the children and it happens quite frequently that they cannot read. It might therefore be useful to have the games available in multiple languages. However, this has not been tested yet; the testing has so far happened only in English.

One problem that arises with the presence of many different cultures, nationalities and skin colours is discrimination. This discrimination is most obvious with adults, who can get into fights or intense discussions. However, this behaviour was also noticed in some of the children. Two Afghan girls refused to join a game in a classroom because next to some Afghan children, two Syrian boys were also playing the game. This is something that is important to keep in mind. The games should be as inclusive as possible, especially since it is very easy for children to speak with others in their own language, leaving children with other backgrounds behind. Games should promote equal treatment of people, also based on gender. For example in the Afghan culture it is not common for men to approach women of their culture and the women tend to be more in the background. For the Somali culture, however, women are way more present and can form more friendly relations with men as well.

The outreach activities linked to the schooling is often aimed at the children actually attending that particular school, but often other siblings and parents join the activities as well. This provides a lot of opportunities for the parents as well. They can participate, which improves their English and their knowledge of the topics covered. However, it can also improve the bond between the children and their parents when parents are encouraged to join educating their own children. This is something teachers are  trying to incorporate during outreach activities, especially since due to traumatic events the bond between parents and their children can become a little troubled.

Furthermore, games are especially welcome in an environment such as a refugee camp where distraction and entertainment tend to be very limited. Playing games can help children to forget  at least for some time of the difficult situations that they are living in. Using games in a school tends to be less tiresome than listening to a lesson, especially for children who are dealing with trauma and whose concentration and focus levels tend to be low or diminish considerably during the day. Trauma is a very important factor inside the camp. It is hard to imagine all the horrible things people in camp have been through. With adults you often notice different, more angry or depressed behaviours and also hopelessness . The effects of trauma could be noticed with some of the children with whom the games were played. Trauma very often leads to children’s lack of concentration or fights erupting in the classrooms. In some other occasions, trauma also means that  children seek a lot of attention or do things they were not supposed to do during the classes. Trauma in children can be caused by experiences they have been through themselves, or it can be influenced by a parent being traumatized and therefore not taking enough care of their children or even neglecting the care of their children. The effects of trauma could be something to keep in mind with designing games. As mentioned before, a lot of children do not recognize emotions or have a short concentration-span, as mentioned before. Therefore, it might be good to include emotions in the game to stimulate the learning process and make the game shorter in orderto keep their attention. The presence of trauma is something that is being kept in mind throughout all the other work executed inside the camp. There is a lot of awareness for this, especially when working with children in a school for example, where there are a lot of rules and guidelines. For example, you are never allowed to raise your voice to someone, whether it is an adult or a child.

The games were received very well by the people inside the camp. As mentioned before, especially the children love it to play games as it provides a relaxed atmosphere in which they are able to have fun and distract their minds. As the Games with a heart are combined with educational purposes, there are a lot of opportunities. The children seem to prefer learning through games. The topic of WASH is very important. However, the children do love it more when a game is actually a game and less educational. After all, they are normal kids longing to have fun. 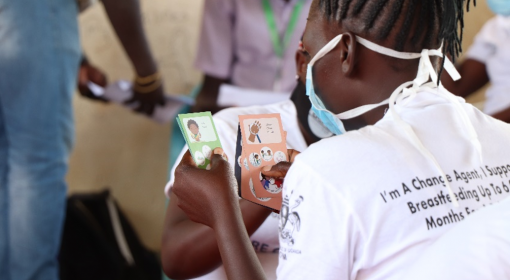 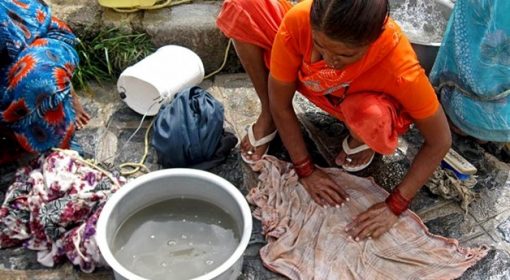