Is it the 5th most important grain in the world? Is it power food even for those who cannot afford anything else? Can it stand severe drought? Is it the world’s most versatile crop? Is it relatively forgotten? The answer is: yes, sorghum is all that!

Sorghum is indigenous to Africa and is the 5th most important cereal globally that feeds around 500 million people. It grows on a large range of soil types, is drought and heat-tolerant. Sorghum can thrive in temperatures as low as 15 °C and as high as 37 °C. Thus, it is especially suited to spate-irrigated areas (irrigation using seasonal floods in semi-arid areas).

For many years, spate irrigation has remained a myth to many people even in the areas where floods are frequently observed. This is mainly because the floods are only seen as a curse and not a blessing. However, systems have been put in place growing sorghum under spate irrigation and its benefits have been explored. Sorghum is grown in spate irrigated areas like Eritrea, Pakistan, Tanzania, Kenya and Uganda (read more here).

Sorghum has different varieties. Adoption of each variety depends on germination rate, ratoonability, vulnerability to pests and diseases, uniformity in emergence, uniformity in size, panicle size and yield, thickness and palatability of stalk, colour and even the purpose of the sorghum. Sorghum production in different countries started at different periods. For instance, sorghum production in Eritrea was started in 1995 around Sheeb area. The sorghum variety popularly grown in Sheeb area is known as hijeri. This sorghum variety is well adapted to the local climate because it has a well branched root system and is very efficient at extracting residual moisture from the soil. For optimum germination and productivity, the seed is placed 30 cm deep into the soil since after the flood recession the moisture content has moved down. Is sorghum really the most versatile crop? Yes, sorghum has a lot of different purposes:

A selection of sorghum products

Sorghum is a neglected crop despite its importance in spate areas where its cultivation significantly increases food security which in turn leads to improved livelihoods. Sorghum is a nutritious and tasty crop and a good alternative to highly water demanding staple crops like maize and wheat. But most of all, it is eminently suitable to harsh semi-arid conditions and relatively fail-proof.

Do you also think sorghum deserves more attention?  There are still many opportunities to improve its yields that need to be invested in:

These are only a few of the many opportunities of sorghum, a crop that can feed the people who need it the most! 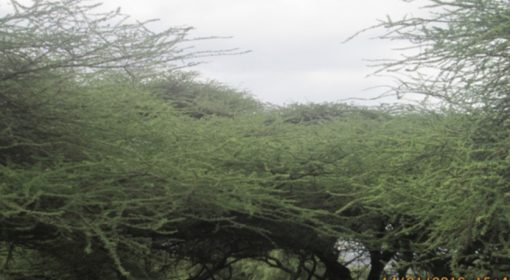