In many coastal areas access to fresh water is a huge challenge. Groundwater maybe saline or brackish, barring a few fresh water lenses.  Same with surface water – that may be equally difficult to use, and clearly undrinkable.  In terms of water access some coastal areas are not different from desert territories.  The challenge to harness fresh water is enormous and requires ingenuity.

One such area is the Province of Zeeland in the Netherlands, where keeping livestock was particularly constrained by having enough stock water, in spite of ample grazing land. The main solution was rain water harvesting and storing the fresh water in protected storage. Watering holes were excavated in the grazing areas and often sealed with clay to avoid saline shallow groundwater seeping in. The watering holes were often protected with a small levee where there was risk of a local sea flood washing in.

One  recent watering hole is in Olzende Polder. The pool was excavated some fifty years ago and the excavated soil was used to raise the land.  Water was collected from the roof of the stables and the farm house and conveyed by a water pipe to the stock water pond. Later when piped water became relatively cheap the pond fell in disuse and is now mainly a pool for amphibia and insects. 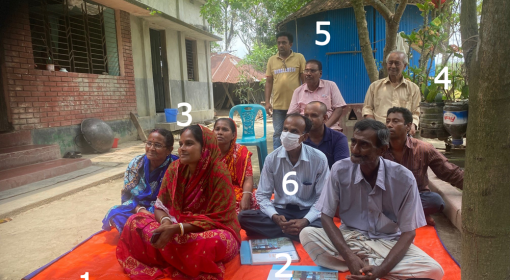