Failed soil conservation schemes, based on ‘command and control’ methods, littered the African landscape in the 1960s and 1970s. A changed approach was badly needed. As a response, in the 1980s, a few development agencies began working with farmers’ groups using a new, participatory approach promoting simple, appropriate conservation measures.  There was a fresh emphasis on affordable technologies; on indigenous knowledge; on gender consciousness – and on the participatory process itself. This emergence of the new approach in action was captured in two videos, Looking after our Land (Critchley, 1990) and Building on Traditions (IFAD, 1994) as well as described in booklets, Looking after our Land/ Pour protéger nos Terres (Critchley, 1991) and Soil and Water Conservation in Sub-Saharan Africa: Towards Sustainable Production by the Rural Poor (IFAD, 1992). But was this new approach successful?

In 1994, Tiffen, Mortimore  and Gichuki were the first to publish about African ‘regreening’ in More People, Less Erosion: Environmental Recovery in Kenya. This caused a shock wave amongst those who believed that population pressure was inexorably driving land degradation. More recently, studies by Reij and colleagues (see, for example, Reij’s Regreening the Sahel in Farming Matters/ LEISA no 25; 2009) also indicate positive changes in parts of dryland West Africa. Despite growing population densities, and the impacts of climate change that are already being felt, is there thus some reason for cautious optimism? Critchley’s (2010) More People, More Trees: Environmental Recovery in Africa (a booklet and accompanying video published by Practical Action) demonstrated a two-decade long success story of community participation in agricultural change in Machakos District, Kenya and parts of Yatenga and Passoré, Burkina Faso. Appropriate sustainable land management techniques are increasingly being practiced and, despite a decrease in forested areas, on-farm trees are expanding in popularity – and effectively compensating for these losses.

Sustainable Land Management in Sub-Saharan Africa is a series of mini-videos (with accompanying information sheets) funded by IFAD, IIED and WBI, that look at the technologies that have underpinned the efforts of small-scale farmers to protect their land. Twelve of the most successful are captured in this series – showing where, how and why they work. The technologies range enormously. Amongst the dozen featured there are fanya juu terrace that have been widely adopted by farmers in East Africa. In West Africa, zaï planting pits have spread all over Burkina Faso’s Central Plateau and further. And Southern Africa is not being left behind: no-till conservation agriculture  is on the march in Zambia. Not all the twelve technologies have spread so widely as these three; but all, at least, have promise. Their popularity testifies that Africa’s small-scale farmers can, and will, adopt conservation-friendly approaches if they are able to. These stories deserve to be more widely known: and it is surely our responsibility to redouble support for these efforts. 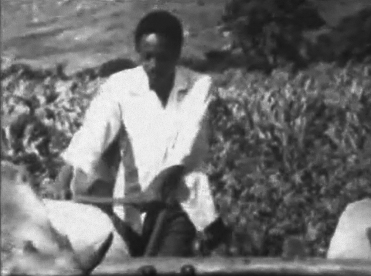