Whilst the United National World Water Day Celebrations took place at the Cape Town International Convention Centre on 23 March 2011, community organisations and members of the Cape Town Water Caucus and the South African Municipal Workers Union (SAMWU) held a demonstration to say that the people from the townships and poor areas of Cape Town are not getting their human right to water. The demon they say is the pre-paid water meter which has been renamed as a water management device that “cuts” off people’s water supply automatically and turns it into a trickle. “Why?” they question is it only being targetted to the poor areas. Another issue they raise is the question of crippling water payment arrears which they can never pay. In Cape Town, no money = no water. 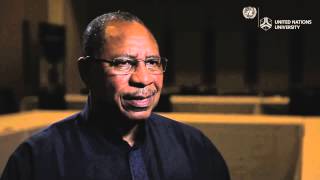 Recognizing the value and diversity of local climate knowledge systems