Every year iceberg equivalent to the world’s supply of drinking water melts and mixes with the salt water of the ocean. French Engineer Georges Mougin has been studying icebergs for the past 40 years and believes that icebergs could be used as a source of drinking water for the entire world. Is this a fantasy or a dynamic and revolutionary idea to reduce the ever increasing fresh water scarcity?
Produced by: Mehdi Tayoubi
Year:2010
Language: English
Region: Europe 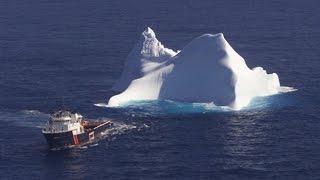