The Mozambiqan government has marked the northern Niassa province to promote commercial, large-scale tree plantations. Currently, the single biggest plantation in the region comprises of 13,000 hectares of eucalyptus and pine, owned by a company called ‘Chikweti Forests of Niassa.’

A government-led investigation in 2010 reported that the company had acquired over 32,000 hectares illegally. The big losers were small farmers, vulnerable due to lack of awareness and complicity of corrupt government officials.

A delegation of peasants from the region recently travelled to The Netherlands, and met lawmakers, students and investors in the Chikweti plantations. (The visit was organised by FIAN Netherlands) Most notably, they met the Dutch national pension fund ABP, the biggest investor in the project.

While denying accusations of ‘land grabbing’ by Chikweti Forests, ABP does admit that the project fails to meet their Environment, Social and Corporate Governance (ESG) standards. While refusing to withdraw their investments in Chikweti Forests, they promised the peasants’ delegation more transparency and greater benefits from the project. This seems to have left the peasants cautiously hopeful about their future. 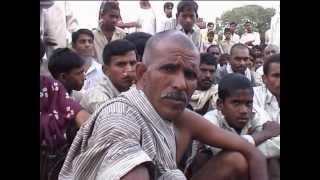