Yasuni Man exposes a conflict raging deep in the Amazon. The story resembles a true-to-life cross between the documentary Crude and the blockbuster Avatar—and it’s unfolding now.

Yasuni Man and the Biosphere Reserve is a UNESCO World Heritage Site in eastern Ecuador located at the crossroads of the Andes, the Amazon, and the Equator. Because of its unique location, Yasuni holds the record for the world’s highest diversity of mammals, birds, amphibians and plants. You’ll find more plant species in just one hectare (2.5 acres) of Yasuni than in all of North America combined. In short, it’s Eden.

Also within the forest live the Waorani tribe and two uncontacted peoples known as the Taromenane and Tagaeri. They’ve been living in Yasuni for thousands of years, living off of the forest and defending their territory from outsiders. After the discovery of billions of gallons of oil below Yasuni, the industrialized would has tried to access these reserves—sparking a bloody conflict with the indigenous people.

Many species of wildlife are now endangered, and the magnificent culture of the Waorani is rapidly diminishing. The Taromenane and Tagaeri cling to survival in a forest that is systematically being destroyed.

Yasuni Man tells this story. In doing so, we’ll take you on a spectacular journey through the heart of Yasuni. Our hope is that by sharing this story with the world, the international community will come together to protect Yasuni—and all the people and wildlife living within it—from destruction. 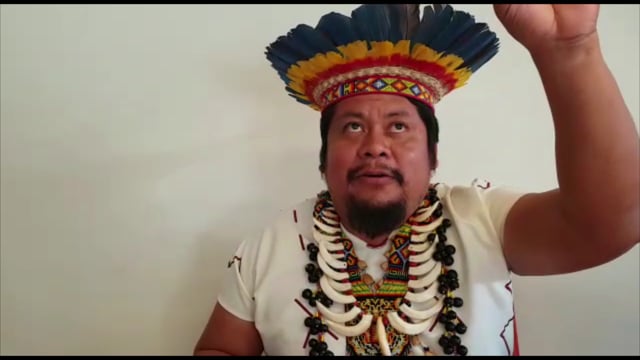