The development of groundwater-based irrigation since the 1960s helped drought-proof India’s agricultural economy. This is well illustrated if we compare the drought years of 1966-67, when food grain production declined by 19%, to the drought years 1987-88, when the decline was only 2%. The lot of small farmers was tied closely to this development, as more than a third of them depend on wells for irrigation.

However, this soon led to overexploitation of groundwater resources as shown by depleting water levels in wells. Plunging water tables became a national concern, and even a focus for international efforts. Nowhere was this more true than southern Andhra Pradesh state, where in some parts farmers were known to have committed suicide due to crop failure and dept-traps.

Between 1995 and 2009, the APWELL and APFAMGS projects intervened from the demand side of the issue. The intervention involved training farmers in monitoring groundwater levels, crop planning, water budgeting and organizing them at the Hydrological Unit level. Thus, farmers could plan water use judiciously. Implemented in 7 drought-prone districts, the projects met with much success, improving groundwater levels and farmers’ incomes. The Farmer Water Schools model that evolved in the implementation process has been replicated the world over. These projects created about 10,000 groundwater experts who were at once farmers, data collectors, water managers, and practitioners of groundwater balance-based farming.

Since then, the SPACC project has built upon this learning network, broadening the ambit of the Farmer Field Schools beyond groundwater to climate science. The project trained farmers in measuring temperature, humidity, evaporation, sunshine, wind, soil and biotic conditions, and how to factor them into their farm practices. From just managing and conserving their groundwater resources, the farmers are now contributing towards rehabilitating ecosystems, improving carbon sequestration, increasing farm productivity and raising their incomes.

Dr. S.V. Govardhan Das (Centre for Hydrological Education-CHE) has been involved in these developments starting 1999 right until now. As a hydro-geologist, he has been at the centre of the efforts to introduce farmers to scientific concepts, helping them collect farm data, and using the results of the intervention in their farm-level decision making. In this webinar he discusses the role of farmers’ knowledge networks; and how farmer groups can be equipped to build agricultural systems that are resilient to climate variability and enable them  to sustain their farm income.

More on the speaker:
http://svgovardhandas.info/

Resources on this topic:

Webinar #9: Groundwater in a Global Perspective: Unveiling what local studies fail to notice 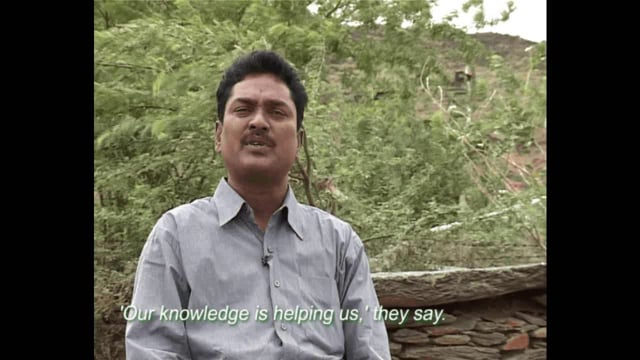