Currently, we are facing record breaking numbers of refugees and internally displaced people. Forced by violence and conflict, 38 million people around the world had to leave their homes and lived in displacement within the borders of their own country by the end of last year (UNHCR, global trends report 2015). In total almost 60 million people were forcibly displaced worldwide.

The first speaker, Harm Bouta (ZOA), shared his experience from his work in Darfur, which has faced many years of tension over land and grazing rights between the mostly nomadic Arabs, and farmers from the Fur, Massaleet and Zaghawa communities. The crisis in Darfur started in 2003, though the roots of the crisis go back much further. The United Nations says more than 2.7 million people have fled their homes and now live in camps near Darfur’s main towns.
Water is a scarce commodity in Darfur and often the reason for health problems and conflict. ZOA rehabilitates water points in rural areas. Harm Bouta will show some of the work he has been involved with.

The second speaker, Rania Al-Zoubi (Mercy Corps), shared experiences in setting up water supply infrastructure in and around Zaatari refugee camp in Jordan. Jordan is one of the driest world’s countries and currently faces a crisis badly exacerbated by the increasing needs of those displaced by Syria’s civil war. Last year, the bloody conflict pushed 600,000 refugees into northern Jordan, placing profound new pressures on already over-stretched resources.

Northern Jordan hosts the largest number of Syrian refugees, reaching more than 800,000. Water shortages have spiked in there. Hospitals and schools don’t have enough water to maintain sanitation standards. Mosques cannot perform the necessary daily ablutions. Pipelines are running dry, particularly in the hot, dry summers. Sometimes weeks elapse before a drop comes out of the tap.

This webinar is organized under the Rain4Food programme, become a member of this active community here!

We appreciate our cooperation with: 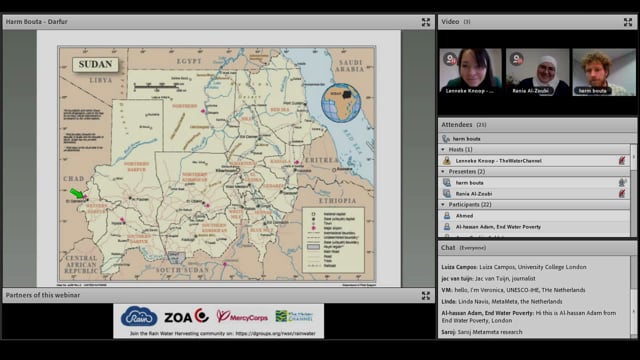 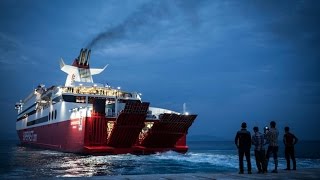 Greece: Boats of Refugees in Kos 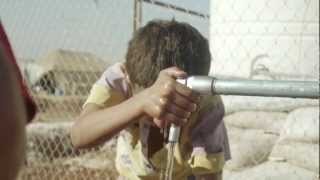 Providing – and conserving – water for Syrian refugees in Jordan