In the 1970s, rural water supply and health formed the core of the ‘Water Agenda.’ Since then, the agenda of the water community (policymakers, practitioners, private sector, users) has expanded in response to new and additional challenges such as growing water demands for people and food, the need for cost recovery, environmental integrity, and climate change.

In his 40-year career, Henk van Schaik has been involved in policy processes and projects related to water, all over the world. Through his work, he has seen the Water Agenda evolve from being focused on rural supply and health in the 1970s, to Climate Change impact and adaptation in the early 2000s. In the coming decade, he sees ‘Water and Peace’ emerging as a top priority for the water community. He reckons that new water allocations for green growth, and Water & Cultural Heritage are other themes set to assume more importance.

In this webinar, hosted by TheWaterChannel on August 15, 2012, Henk outlined these changes by revisiting some of the assignments and people that formed his career in the past, and through examples from his ongoing/upcoming work. 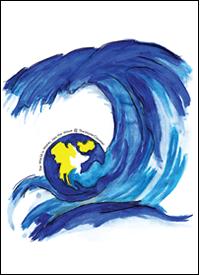