The United Nations Convention on the Rights of Persons with a Disability (UNCRPD)1 promotes the needs and rights of people with disabilities and specifically mentions the right to access safe water. The convention was adopted in 2006 and entered into force in May 20082. Currently 145 countries have ratified it3 and more countries are expected to follow. Ratification of the UNCRPD obliges governments to pay specific attention to disability in all their development efforts, including those in the water sector. The main philosophy is to mainstream and include people with disabilities in society and economy and ensure that they are not isolated. Among its provisions, the Convention recognizes: “the right of persons with a disability to work, on an equal basis with others; this includes the right to the opportunity to gain a living by work freely chosen or accepted in a labor market and work environment that is open, inclusive and accessible to persons with a disability”.

However, inclusion of people with disabilities and the elderly in all spheres of life is often limited. Disability exists when people experience barriers to participation in society and when needs of people with disabilities are not taken into account. These barriers are not only simply physical or environmental barriers, but can also be attitudinal barriers, (for instance) in the form of discrimination or stigma (inflicted by the individual or the society), or institutional barriers in terms of, for example, discriminatory legislation or employment laws4.

In addition, if only because of the sheer numbers of people with disabilities and elderly, there is an entirely opposite argument for dedicating attention to people with a disablity and the elderly:. their economic contribution. The ILO (2010) estimated: “Excluding disabled people from the world of work may cost countries 1 to 7 percent of their GDP”. More positively stated, the potential economic gains from including people with disability in employment are significant and outweigh the costs in the medium and long term5. The same argument extends to the inclusion of the elderly, as populations age, and in some countries farming increasingly relies on older men and women, there is a need for people to remain engaged at older age.

In several instances, ensuring disability-inclusive water management can be economically beneficial and may often only require small, low-cost interventions. The costs of adjustment or providing accessible facilities are estimated to be lower than the costs of treatment or of ad hoc techniques6. It is thus of great importance to ensure that new programs are disability inclusive, right from their inception. Barriers to inclusion make people with disabilities unnecessary dependent, and often limit caretakers of people with disabilities from carrying out their own work.

Visit the website of the UNCRPD for the text of the convention and more information. 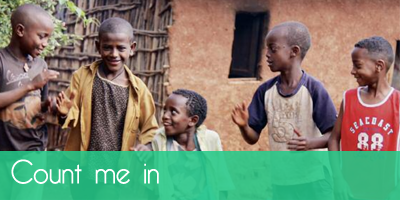