Do you ever wonder why there is so little attention for water in the news – especially as compared to oversold items such as terrorism? Why do news outlets– television, newspapers, websites – scream terror and security, while failing to actively investigate cases of water injustice (illegal emissions, poor service delivery, unauthorized drilling, land slides, to name just a few) that affect many more people around the world?

Here is one part of the answer.

Recently I was invited by newly formed company situated in a prestigious street in my little hometown. I was invited to make use of their services in doing a voluntary but paid for ‘compliance check’. This ‘compliance check’ can compare all my business relations against a black list of suspected terrorists, whitewashers and criminals. It will save me from reputational damage.

The black list is the company’s major asset. It is kept up to date by 200 researchers and analysts. The company’s brochure showcases some rather frightening unique selling points:

This private black list company is Accelus and the shocking thing is that it is part of Thomson Reuters, the world’s premier news agency. The business is entirely questionable – adding names from unverifiable sources to a black list and having the temerity to even mention that some of the people included are yet to be convicted. What immoral authority is being used to here to divide the world into good and  bad and add 20,000 new names to the list every months? If one looks at the company brochure there is a picture of a perfectly respectable-looking middle-aged person with a beard and a white Haji cap, exploiting the stereotype image of the dangerous Islamist in Western media. Despicable.

Moreover, there are practical questions of collateral damage. If one’s name for whatever reason gets on the list, it may never be removed. This is not a trivial issue – many (especially Muslim) people share names – and identity mistakes are very much expected.  Even the brochure mentions ‘30% false positives’. Such people can no longer receive money and will be isolated in other ways.

What also worries me is the word ‘compliance check’.  Compliance with what? Reference is made by the company to ‘global laws’, yet such global laws simply do not exist.  There is no such compliance requirement, but rest assured that the heavy hand of Reuters and its ‘thought leadership’  will set the wheels in motion to make this compliance test compulsory in the future. Thus they would be able to create business for themselves and unnecessary costs for others.

Remember that Thomson Reuters is no stranger to controversy, by any definition of free and impartial media. It was collecting the so-called Libor data that assesses the average interest rates at which banks borrow unsecured funds from other banks. This is tied to 350 trillion market. In the end the Libor turned out to be manipulated by the member banks participating in this interbank money market. Another controversy concerned the data on US consumer confidence in the jittery financial markets. Thomson Reuters had a contract with a few companies to provide them the information 60 seconds before the official announcement so they could carry out their stock market transactions ahead of the rest.

The image that emerges is one of the media—our fourth estate—being engaged in cynical packaging and manipulation of information as its core business. Journalism, as it should be, seems to be a thing of the past.  Water does not seem to figure prominently in this business model, and maybe that is not such a bad thing afterall. 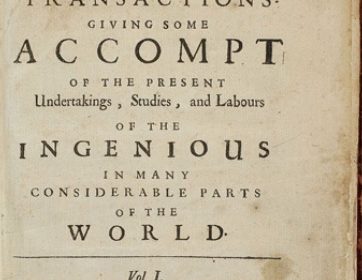