With demand for fruit and vegetables increasing all over China, greenhouses have made an appearance in more unlikely, cold weather areas such as Lishi county in the mountain areas of Shanxi. The greenhouses in Lishi resemble the semi-arched structures common in other parts of the Province – but with several modifications are made. To deal with the cold winter weather, the loess mud walls are thicker (4 meters instead of 3 meters) than usual. At night, the greenhouses are insulated with thick cotton blankets that are skilfully moved over the semi-arched plastic roofs.

The area under such cold weather green houses has expanded rapidly to 500 hectares in the last five years in Lishi. The target is to triple this.

Professor Fan Guishang with a team of students from from Tanjuan University of Technology spent a cold winter season of taking measurements before developing a simple but effective warming system for the greenhouse area of Xiaoshentou  (altitude 975 metres) that can serve as an example for many cold weather regions of the world.

First, water is used from a relatively warm source  – in this case an underground spring that is still around 5 degrees at the coldest time of the year.  The spring water is then conveyed through a buried pipe to the horticultural area where it is distributed to greenhouses. In each of them, a small plastered brick masonry pool is constructed, measuring 2.75 x 1.75 meter with a depth of 1.20 meter. If water is kept in such a pool for 48 hours, it warms up enough to irrigate the greenhouse area measuring 1600 m3 through a system of drips or micro-sprinklers. The pond is built at ground level and has a small rim of 25 cm to avoid people falling in. For the same purpose and to avoid the growth of algae in warmer periods of the year, it is covered with a woollen mesh. Underneath the concrete structure, geo-membrane is used to avoid leakage.

These dimensions are chosen so as to not take up too much space and, at the same time, maximize exposure to sunlight and earth warmth. The dimensions ensure that the water temperature near the bottom of the pond is in excess of 10 degrees so that it can feed the green house irrigation system with the help of a small submersible pump.

Two other designs were considered. One option was a deep cistern, but that would not warm up the water sufficiently. Another option was a raised tank, but would be more costly and would not be able to utilize of the insulating effect of the ground.

The underground tanks and micro-irrigation system make it a possible to grow a third crop in the greenhouses with at an extra annual income of  Euro 750, which already more than the cost of the installation.

(This initiative is a pilot was supported under ADB-Grant 0188-PRC Climate Change Adaptation through Groundwater Management and is implemented through the Shanxi Integrated Agricultural Development Office.) 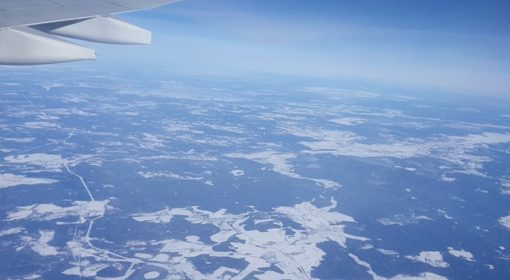 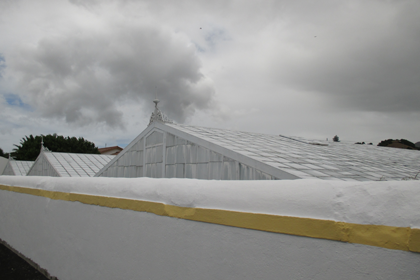