They are the large overlooked agricultural potential: the extensive floodplains of Sub Saharan Africa. These huge flat swathes of land adjacent to Africa’s major rivers – Nile, Zambezi, Niger, Senegal, Congo and many smaller ones – add up to close to 30 million ha of land. Whereas in Asian countries (Bangladesh, Vietnam) the flood plains are converted into food baskets and densely populated population hubs, in Africa the flood plains are largely unchartered terrain.

Some have argued that Africa has a bright future with more irrigation and more storage potential. This emphasis on run-of-the-mill irrigation however does injustice to the potential of flood-based farming systems in Africa.  Transforming the flood-plains with flood control, water retention systems and drainage – with the standard Asian repertoire – could make a huge difference. In addition there is scope for managed fisheries – finger ponds and controlling the deeper parts of the flood plains. Apart from surface water sources, groundwater can provide year-round water availability. Shallow ground water is a resource that can be easily accessed and exploited. The plains are usually amply recharged during the inundation period and a treasure of ground water table to be can be found upto the first 25 meters. Accessing this groundwater makes it possible to farm in the dry season.

The “flood wells” project implemented in Ethiopia, Ghana, Zambia and Mozambique tested a surprisingly little known option for accessing groundwater in the flood plains – the shallow tubewell. Manually drilled shallow tubewells are developed under a range of mainly low-cost techniques – augering, sludging, jetting – using a wide range of material (from bamboo to iron). They occur in the millions in South Asia, but by and large are yet to make their imprint in Sub Saharan Africa.  They are particularly suited to the flood plains: they can be capped and buried during the inundation period, and can be recovered and used as soon as the flood have receded, thus utilizing valuable production time.

The alternative technique to access groundwater in the flood plains are dug out ponds – large excavated pools that fill with shallow groundwater – or excavated large-diameter dug wells.  Their disadvantage is the risk of them collapsing during the flooding season and the time and effort needed to reconstruct them.

A trial was undertaken in several parts of Ethiopia (Fogera, Silti, Koka and Becho) to look at the potential of such flood wells. What the pilots highlighted was the promise of riverine flood plains – where there is a reasonable chance of rich water carrying sand and gravel layers being found. In contrast, lake floodplains (although extensive because of their gentle genesis) are usually layered with clay only – making the small-diameter shallow tubewells unfeasible. Here, however, improved large-diameter dug wells  are attractive.

There is an argument to pay more attention to the largely untapped agricultural potential in floodplains but balancing it out carefully with other functions and uses – ecological or pastoral for instance. As economies envelop in many countries, the groundwater potential of the African flood plains needs to be carefully explored– by training local drilling enterprises;  establishing a supply chain for low-cost pumps with new sturdy Chinese models; finding partners to microfinance smallholder farmers;  and linking farmers to the main input and output markets. There is also case for using the time-tested floodwater management techniques common in well-developed plains in the new areas and to get the know-how across. Despite its importance, all this knowledge is hardly documented and completely absent from vocational and academic education. 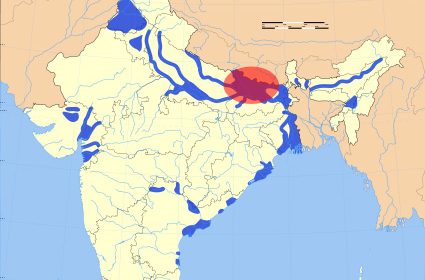