The floods caused by La Nina (a large low air pressure system) and climate change have resulted in heavy monsoon rains through hill torrents till end August 2022 in southwestern Punjab in south Punjab, Pakistan. Hill torrents from Dera Ghazi Khan (Vehoa, Sanghar, Vidor, etc.) and Rajanpur (Kaha, Chachar, etc.) showed highest peak discharge during 2022 monsoon season. In southwestern Punjab the majority of the damage has been done by the hill torrents with 14 being the main hill torrents with seven main hill torrents in Dera Ghazi Khan district and seven main hill torrents in Rajanpur District. These hill torrent floods have badly caused multi-dimensional damages to life of the human beings, animals besides damages to infrastructure inclusive roads, buildings etc. Moreover the damages to houses have badly hit the area making people homeless and compelled the people to live on roads under the sky. Some families waited for the rescue with hill torrent flood water everywhere around them with no way to escape. Some of them stayed on the tree trunks for about 24 hours without meal and other human needs. Both Dera Ghazi Khan and Rajanpur districts have been included in calamity hit districts by the government of Pakistan. Some reported damages in these districts:

Moreover, already scarce trees present in the hill torrent ecologies in southwestern Punjab (in the harsh arid environment) have been uprooted due to torrential rains and floods which will further amalgamate the future outlook of the environment causing more aridity in the spate ecologies of southwestern Punjab having far reaching negative consequences. Landslides in spate irrigated area of southwestern Punjab have blocked the roads hindering the trans-provincial goods transport of trade items inclusive food, grains, fruits and vegetables etc. It has caused on one side shortage of food and trade items supply in areas of supply chain causing price rise and non-availability of the items and reducing the business and livelihoods chances in populations and areas which are even not directly affected by the hill torrents of southwestern Punjab. On the other side, lack of flow of the trade items results in surplus of the commodities on one side where higher supply and availability results in reduction in price even below the cost of production which affects the farmers and people dealing with relevant business. People living around flooded water have reported casualties resulting from snake bites where treatment is also lacking.

There are some social complaints too. Sexual harassment of affected women (when their husbands or other male family members are out in search of food and water etc.) has been reported when they are alone under the open sky, or in tents without any door. In remote areas, there are pregnant women reported who are ill nourished to whom medical facility has never reached. Moreover, few cases of snatching of the flood relief luggage and ration on the highways have also been reported. 250 houses have been reported to be completely disappeared from the earth surface in Adda Afzal Abad near Fazal pur in Rajanpur District. One family from Adda Afzal Abad whose house has been reported to be totally devastated consisted of an old mother and two sons. The more bitter part is that all three of them are blind and waiting for angles to reach to them for food, water and stay etc. The response to flood disaster with support of governmental, non-governmental organizations, individuals and some welfare organizations was slow initially however increased with more pathways open for movement of the sponsors and relief providers. Flood relief as mentioned above is being provided in the medical camps, animal health care, and provision of healthy clean water, tents for housing, clothing, shoes. Livestock health care camps reflected that animals were affected from diseases like foot and mouth disease, high fever, diarrhea, abdominal worms, stones in throat guts. Vaccinations and free medicines distributions are being made. Human medical camps reported to have more contagious disease, fever, malaria etc. Ration, gas cylinders are also being distributed among flood affected people. Moreover cash assistance, blankets, mattresses, raincoats are also being provided. The water ponded up will have far reaching negative impacts on life of the humans, livestock, agriculture and their rehabilitation will be a great challenge in coming months.

While the affected areas are still full into the emergency, it is important to look forward to identify the short term rehabilitation opportunities. Based on field visits and cellular networking with official and other contacts, the following suggestions are being proposed for better crop production from hill torrent affected areas of DG Khan.

Primarily there are two distinct types of areas hit by the hill torrent extreme flows this year in 2022. First is the rainfed hill torrent command area where water is typically diverted in dyke surrounded fields. Second is the area which is not rainfed in hill torrent affected but rather is irrigated and received flood water and damages due to exceptionally high hill torrent flows. The current situation across the above mentioned two types of flood affected areas varies for soil moisture and crop options to be grown.

Rainfed areas – in the first affected areas i.e. rainfed based production system the soils are ready for sowing crops like oilseeds (Arugula, Cannola, etc.) and still sowing can be done within one week from today. Moreover, chickpea will probably be ready for sowing in other soils within two weeks.
Irrigated areas – in the second type of affected areas i.e. (irrigated areas) mostly wheat is grown in selected sites. Moreover wheat seed will also be needed in hill torrent command areas having ground water pumping through solar tube wells.

It can be suggested that priority number 1 should be the provision of crop seeds as mentioned above. Most farmers used to manage machinery / tractors on rent etc. so equipment seems to not be a big issue. Therefore it is suggested that second priority could be given to making available the fertilizers for crops like urea and DAP, where both types of fertilizer should be applied depending on the requirement in the specific case.

In terms of the sequence in providing the seeds, the following steps are suggested:

Step 1: Provision of oilseeds (arugula and canola etc.) and sorghum sowing in livestock based areas within 1 week.

Step 2: Provision of chickpea seeds within 2 weeks (earliest will be better).

Step 3: Provision of seed of wheat and berserm / oat for fodder besides fertilizer like DAP and urea in tube well based production system within 3 weeks preferably.

Most important is that serious and very urgent support is needed for the provision of crop inputs for successful and better crop production this rabi season to maximize the larger area with soil moisture available due to widespread hill torrent floods and using this soil moisture as a blessing rather than a curse under the present situation in hill torrent affected areas of South Punjab. It will bring improvement in the livelihoods of the people affected and will at least to an extent ease the miseries of the flood affected persons of this area. As per Climate watch and the global climate risk index 2021, despite very low carbon footprint Pakistan is among the top 10 countries most affected by the weather extremes. This situation demands international support as well to cope this calamity / human disaster situation in a much better way.

For the last 75 years in Pakistan, hill torrent damages in general have not been given due consideration for sustainable solutions. Particularly in Southwestern Punjab, no serious efforts have been made for sustainable water management and distribution. The volume of water losses and damages it causes is multi-magnitude. If not given due consideration even now, the humanitarian and ecosystem disturbances and concerns will continue in years to come as well. Towards the future: let the water flow on its natural ways and provide drainage as well along with ensuring the uniform distribution of hill torrent water for improving the agro-forestry and reducing the land degradation losses besides maintaining the ecosystem richness. The “River Act” (which states that construction in river catchment would be regularized) was never implemented in such areas. Land use zoning was ignored reflecting governance failure at the cost of human disaster. Highest peak flows in Vehoa, Sanghar, Vidor hill torrents in Dera Ghazi Khan and Kaha, Chachar in Rajanpur district are the evidences amplifying the need of water storage and allowing water flows on natural paths to harness its benefits rather than facing the damages discussed above. Likewise the drain system can be substantially improved in southwestern Punjab. Draining the ponded water from fields is also very important to bring soil in workable condition timely for sowing crops for the coming winter season.

A focus on agro-forestry can bring some improvement in rehabilitation of the ecosystem. A larger area will be available in next one month for growing crops through use of the residual moisture of the soil. We cannot avoid natural calamities however; we can at least make efforts to reduce such calamities turning into human disasters. 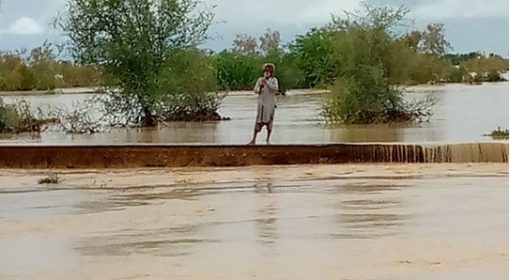 Urgent!! Salvaging the rabi crop in the spate irrigated areas of Pakistan. 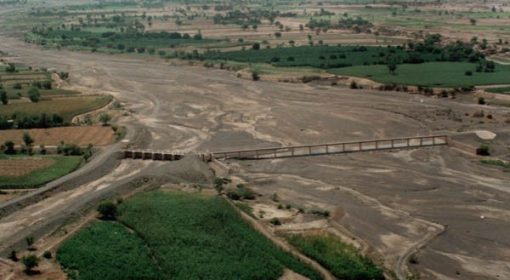