One of the largest causes of corruption and mismanagement is situated at the very heart of the financial systems. It is the untimeliness of budgets. Public budgets arrive late and have to be processed and spent in a very short period. Moreover, these short time-windows when things can be done in many countries often occur at awkward times in the year: for instance during the rainy season when nothing can be built.

In India, for instance, budget frenzy starts at the end of the February; that’s when budget allocations to different departments and activities are finally made. These allocations however have to be spent before the end of the financial year: 31 March. Logically this is impossible.

What happens is a circus of manufactured contracts and receipts; money that is ‘parked’ with public enterprises to be used in course of the year; unspent budget is passed on from one administrative level to the next, where it cannot be spent either. Besides the lack of transparency, ultimately and sadly part of the budget has to be surrendered where it could have been used for drinking water systems, small irrigation or so many other things. Or take the example of sand dune stabilization in Senegal. In Senegal most such activities were implemented for many years under special externally funded projects. However with the so-called Paris Agenda on aid effectiveness some of the budget was routed through the regular public budget procedures. This created an immense obstacle for the sand dune programs – as the budget to implement was only available in the dry season, when it is not possible to plant the trees that halt the movement of sand dunes. Some responsible and enterprising local officers found ways around them, sourcing tree seedlings in the wet season and paying for these later when budget was available. In the process they had the cook the books however and red flags were raised. This begs the question – who is at fault? The entrepreneurial local forestry officers – bending the rules – or the finance systems – making it impossible to achieve what has to be achieved? I think the answer is clear.

These are just two examples but they can be easily extended to many countries and many organizations. The untimeliness of budget – too short a period to spend and in the wrong time of the year– is a problem in so many countries. I know of examples from Bangladesh, Ghana, Indonesia, and Thailand. The list is likely to be longer.

The bigger problem however is not that this untimeliness exists but that it is never addressed.

We have unfortunately moved to an era where financial procedures, procurement rules and paper trails take precedence over achieving results and doing good.  Our whole accountability system is skewed – with auditors’ clean sheets taking precedence over proven impact. There are many examples where well –intentioned programs get grounded, because of senseless interventions and unasked for no-objections.

One wonders why. It is plainly naïve that thinking that strict and impractical rules create integrity. The India example shows that the opposite happens and no one cares. There is a shift in attitude whereby results are replaced by indicators, leadership by management and  honesty by transparency.  In other words the system has started to rule and this gives rise to elements of power play and petty control by the lower minions.  If we want to improve financial management and if we are sincere, we need not develop new paper trails but make sure that financial systems facilitate the smooth and effective implementation of progams rather than the opposite. Doing away with untimely budgets would be the first litmus test. 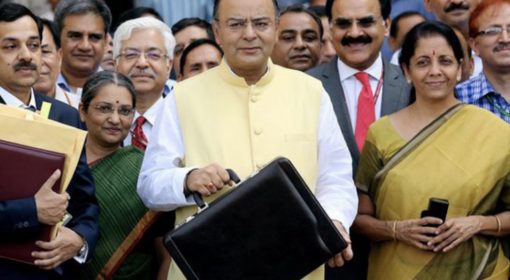 Blog: The Untimeliness of Budgets