Here is what a river looks like stripped to the bone, with all sand and gravel removed from it– a bare rock; where when water comes, it rushes through and the hydraulic connectivity between river and aquifer is destroyed. Where there is no subsurface flow and hardly any base flow. Where floods are unstoppable – not cushioned in the river bed – and create damage rather than ‘recharge’.

This river bed is in Kitui, Kenya but it could come from anywhere in the world because sand and gravel mining occur almost everywhere – depleting rivers of their buffer capacity.

A sand rush is taking place worldwide. It is a booming business. Sand is considered to be the new gold. The artificial palm islands in Dubai constructed from sand dredged from the bottom of the Persian Gulf are famous. According to researcher Kiran Pereira, the global usage of sand exceeds 15 billion tonnes annually.

However, what is not well known is that the global sand mining from beaches and rivers is inviting local catastrophes all over the world. For instance in the Maldives, a group of 1200 islands in the Indian ocean, many beaches have disappeared due to extraction of sand for the toursim infrastructure, leaving the rest of the island exposed to severe wave impact.

Depletion of sand from river beds causes the deepening of rivers and estuaries, and the enlargement of river mouths and coastal inlets. The capacity of the river to buffer floods and hold it in its bed load disappears. The hydrological interaction between surface and groundwater gets altered. As a result, wells are no longer recharged and floods are not absorbed in the riverbed. The increased hydraulic gradient becomes steeper and causes groundwater levels to fall and ‘bleed into the river’. The buffer function of the groundwater reserves is impaired and areas become more vulnerable to extreme climate events. In coastal rivers, sand depletion may also lead to saline-water intrusion from the nearby sea as it is easier for water at high tide to travel inland.

Sand is used for many purposes.  Look around, and it would be difficult to spot things that do not contain any sand. The electric bulbs in the room, glass on the window, the screen you are looking at, the concrete walls and ceiling… they all contain sand. Most of the sand that is mined is used in manufacturing. As an abrasive, for example, or to make concrete.  Although deserts have seemingly inexhaustible reserves of sand, it is too coarse and sharp which makes it unsuitable for use as construction material and in other industrial processes.

We clearly need sand and gravel. There is no alternative for this ‘high volume-low value’  resource and there probably never will be. But we cannot afford sand extraction to destroy our beaches and starve healthy rivers to the bone. Having exported all of their own reserves, countries like Singapore are having to export them from neighbouring countries. A recent report by Global Witness (Shifting Sand: HHHow Singapore’s demand for Cambodian sand threatens ecosystems and undermines good governance) reveals how Singapore’s rapid expansion is driving an ecologically and socially devastating sand-dredging industry in Cambodia.

So, what can be done now? There is an urgent need to regulate sand mining and not let it be the preserve of unorganised operators. Sand and gravel mining should be regulated by issuing licenses. It can be placed under the control of a central production board. In Sri Lanka for instance, the Geological Survey & Mines Bureau (GSMB) controls the market, without completely dominating it. By ensuring adequate supplies to the construction sector it keeps the ‘sand mafia’ from controlling prices. For small-scale sand mining, local committees can be formed which manage sustainable harvesting from the riverbed. (For instance, they can ensure that the amount of sand mined is not more than annual replenishments through sedimentation.)

More importantly, we can adopt better sand mining processes. For instance, by creating sand pits at appropriate locations, they can be used as recharge basins that collecting rain water/ runoff. This way they can also be used to recharge local aquifers rather than cause their depletion.  Such sand pits can last for long and can be used as potential sites for high value residences or recreation, thus turning a threat into an amenity. 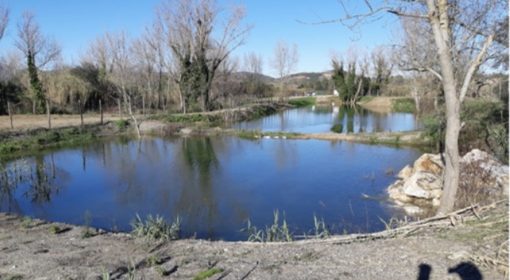