Here is a gruesome news item from the Guardian on 31 March 2017.

“A Kuwaiti woman filmed her Ethiopian maid surviving a suicide attempt and then posted the incident on social media, al-Seyassah newspaper reported. The 12-second video shows the maid hanging outside the building, with one hand tightly gripping the window frame, as she begs for help in an apparent last-minute change of mind. The woman holding the camera is heard telling the hanging maid: “Oh, crazy, come back.” The terrified maid is seen screaming “hold me, hold me”, just before her hand slips and she falls down to hit the awning, which appears to soften the impact. The employer made no reaction as she continued filming.”

The saddest thing of all is that this employment in the Middle East is often the only dream that young people have, as they try to leave behind the life they (maybe do not) have in villages in Ethiopia.

A combination of not very well-maintained roads, the lack of (intermediate) means of transport, and relatively high fares has a strong effect on young people. Very few young people from rural areas are getting high school education in nearby towns: distance and costs prohibit many from attending. Among those that do attend, many are not able to complete high school.  This leaves them with very few chances to do things differently and have choices in life. In rural Ethiopia, jobs are few and the economy not diverse.

Lack of education and the meagre local economic opportunities combine into a dangerous brew of profound hopelessness. A respondent in a recent research explained the so-called ‘Middle East Syndrome’ – young rural women and men have no faith in developing a decent livelihood locally and put all their hopes on a job in one of the Arab Countries. This is fuelled by high promises from middlemen, who are supposed to arrange the necessary work permits as they promise lucrative job opportunities and high salaries.

It is often a case of hope against knowing better. There are several examples of people duped by such middlemen. Despite families paying them a lifetime of savings, they often

do not deliver the required travel documents and simply abscond. Those that go to the Middle East are often thoroughly disappointed, and return to Ethiopia under debt and with mental health issues following a history of exploitation. A most tragic practice is this: many girls marry young and then also divorce quickly. This to protect from the shame of that comes with the expected abuse during the job in the Middle East.

The alternative dream to the Middle East syndrome is to cross into Europe – again a route often full of abuse during the journey and deep disappointment at the end. Several of those who travel overland to the Mediterranean Coast carry amphetamine and other endurance drugs with them to be able to escape thugs that harass and extort from them, official and unofficial.

The problem essentially is that local rural economies have very little to offer to young people. There are no jobs – the economy has little diversity and few opportunities. The system is not inclusive – neither for vulnerable people nor for young people at the productive peaks of their life. Instead there is much idling away and empty dreams.

There is a need to create vibrant rural economies – with diverse jobs that add value, where services are provided from one to the other, where the local economy promotes local specialization in things that individuals are good at and have a talent for, where a strong and level relation exists with the larger world. There is a huge difference between village economies in different part of the world – in terms of liveliness and entrepreneurial opportunities.

It is important to use any investment as a huge multi-faceted opportunity. Take the development of feeder roads, for example. Feeder roads are typically unpaved roads, connecting rural areas to main roads and urban centres. They have the potential do many things and make an enormous impact on inclusive growth: All this amounts to a new vision on rural roads: as development vectors, as breakthroughs for change, as instruments for inclusive growth, and for green growth. It is important to see roads as more than transport lines. It is important to see them as bringers of change and local development – as alternatives to idling away and having dreams of faraway places that, in reality, are disillusionment postponed.  Roads can bring much change, facilitate opportunities at the doorsteps, especially when investments are made in opportunities that they hold: transport, credit, water and trees, capacities, business skills and life visions. 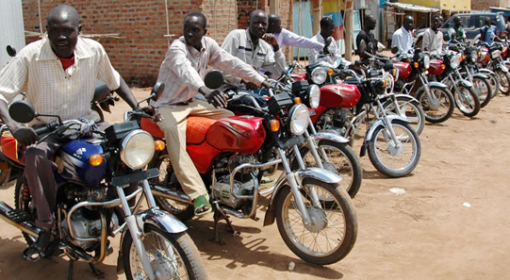