Imagine being told by the government that you can no longer do the work you’ve been doing because the government just made it an illegal activity. Sorry, you’ll have to find something else to do.

That happened in 2008 when it became illegal to fish for salmon off the coast of California and Oregon. Suddenly, families dependent on having healthy runs of wild salmon were put out of business. The towns that relied on salmon fishing to support local businesses were tragically on their way to economic ruin. A grim reality. A reality caused by a sharp and unexpected decline of wild salmon populations that came as a result of excessive water diversions in salmon habitat. Because the salmon water was now flowing to Westside San Joaquin Valley agribusiness and Southern California. Water needed by salmon to thrive. Three years after the salmon fishing ban started, it was lifted. Finally, the towns that depended on salmon fishing were back in business. Fort Bragg, California is not that easy to get to. But when salmon are fishable, people flock to the town. Salmon are an economic magnet. Other then being in Fort Bragg yourself, there is no better way to see just how much an impact that salmon have then by watching this Salmon Water Now video. The town went through horrible economic misery while salmon fishing was banned. Look at it now! A True Fish Tale: Fort Bragg Now, without a single word of narration, makes a powerful counter-point to the silence on the subject by Westlands Water District and other Central Valley water irrigators who demand more and more water. There is enough water in California for both agriculture and salmon. As you can see in this video, making sure water is fairly allocated is critical.

We hope our pictures, and the words of the people in Fort Bragg, make a lasting impression on those who would dismiss the cultural and economic importance of wild salmon. 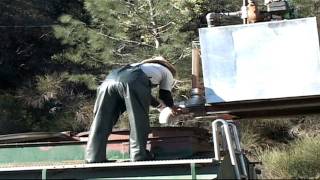 Best We Can Do: Saving Salmon?