The Brandaris light house on Terschelling Island may be called the patriarch of the Dutch lighthouses.

First built in 1323 It has helped safe passage across the shallow shoals of the Waddensea – guiding ships to the Hanze trade centres along the Yssel and later to Amsterdam and other smaller harbours around the Zuiderzee.

The first Brandaris lighthouse fell in the seas but the new Brandaris was built immediately after in 1594 – funded by the merchants from Amsterdam. Senior as it is, it has also been a place of new ideas with new lighting lenses and bird warning lights.

Towering more than 50 meters high, used till this day, to tell one where to go and where not. 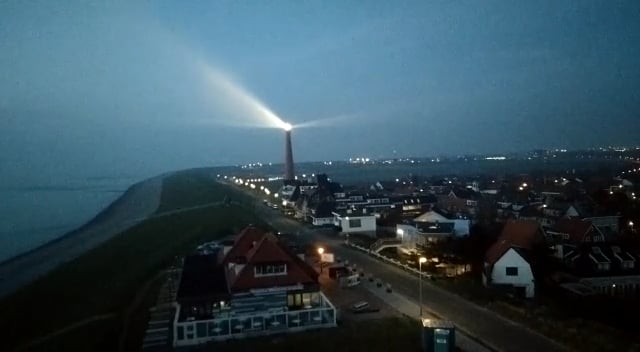