The production of animal fodder from local encroacher bush has transformational potential for farmers in Namibia. Farms become more drought resilient, productive rangeland is restored through bush thinning and billions are saved in reduced animal fodder imports. The short film introduces the process of producing bush-based animal feed in Namibia from harvesting of the bush to milling, mixing with supplements and storing. It is based on a one-year pilot project spearheaded by GIZ Bush Control and Biomass Utilisation Project from April 2016 to July 2017. The Manual can be downloaded from https://www.dasnamibia.org/ 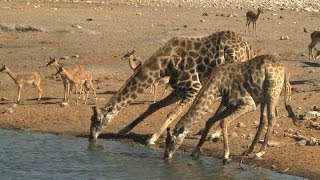