Al Jazeera news item on cholera outbreak in Afghanistan. As if living in a country at war was not bad enough, the people of Afghanistan are battling a new outbreak of cholera. At least 20 people have been killed so far – most of them women and children. Health workers blame poor sanitation and a lack of clean water. 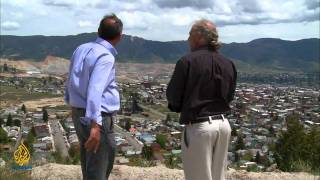