A video that describes the story of Ejaz, a boy who fled his village with his family after huge floods troubled Pakistan. Ejaz’s village was deserted. A year later, in a refugee camp, he tells about the impacts on his people. People lost belongings and livestock and were wondering who would rebuild the drowned cities. All the leaders have fled. He tells about his life in the camp, how he fetches water and where he goes to study in the morning. 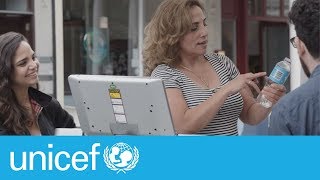 How far would you walk for water?