The season has finally come to an end here in Goa. The last package tourists have arrived risking the monsoon, and budget backpackers are here looking for cheap off-season accommodation. All that is left on the once-packed beaches are sleeping dogs, day-trippers sleeping off the excess of a whisky-fuelled night, a few sun worshipers in ill-fitting bikinis and the fishermen. 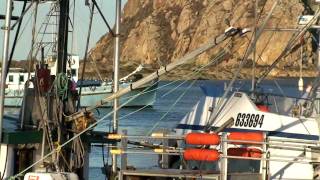