In Texas a milestone in the effort to secure fresh water from salt water is opened. The fragment shows the ceremony of officially setting the desalting plant into operation. At the white house in Washington President Kennedy turns on the water factory with the press of a key, more than a thousand miles away. 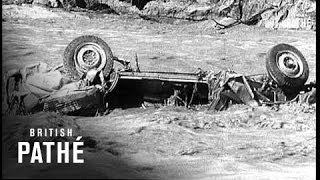