The Village of Capel Celyn in the Tryweryn valley in North Wales nears the end of its history. In a few months time the water will be rising above its rooftops. The parliament has appointed an Liverpool corporation to dam the valley and create a new city reservoir. The seventy inhabitants of the valley have been fighting the plan. Liverpool already has a reservoir not far away and will so soon have such a large amount of water that it will be able to sell parts of it to other English towns. The inhabitants still don’t know whether their compensation will be in money or in land. 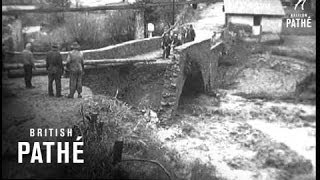