Rabongla is a small tourist town situated at an elevation of 7000 ft in south Sikkim district of the state of Sikkim, India. Like other mountain areas, people here depend on springs, streams and lakes for water. Lakes store water and recharge sources of groundwater such as wells and also significantly contribute to the ecological stability of the region. However, this valuable resource has been degrading with time.

This video features one of the initiatives by Government of Sikkim in reviving dying lakes.

The Doling lake was seasonal, and would last during the rainy season only and for the rest of the year, would remain dry. Today, the lake has become perennial and lasts throughout the year. Though the revival effort was to promote tourism and serve tourists visiting the Doling Gumpha Monastery nearby, the water in the lake in the future, could be used to reach households in water scarce areas nearby. 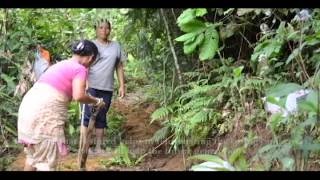 Springs of hope – Revival of dying springs in Sikkim