This film presents the effort of the Dhara Vikas initiative in rejuvenating the dying springs of Sikkim.

Sikkim, a northeastern state sitting in the lap of the Eastern Himalayas has varied elevations ranging from 300 to 8583 metres above sea level. Variable and complex in its geology and terrain, the rugged mountainous state of Sikkim has about 80% of its rural population dependent on springs for drinking water, sanitation and irrigation (Tambe et al 2011). These springs, however, are drying up. 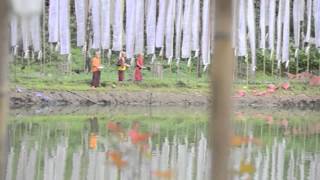