It achieves nearly full recovery on customer bills, has in the last three years been able to expand the volume of water produced and has increased customer connections for water supply and sanitation by 21% and 17% respectively— and all of this while the country is at war.

Ibb has been spared the worst of fighting, but the war nevertheless made itself felt in many unusually challenging circumstances:  it eroded customers ability to pay, dried up spare parts’ supply, led to suspension of power supply, fluctuations in fuel prices, and a heavy influx of internally displaced persons. In spite of this, the IWSLC increased rather than decreased its level of services. Its performance on key performance indicators is remarkable, especially in water supply:

This was also reflected in convincing management performance:

In the area of sanitation, the performance has been lower. Ibb has not been spared the high incidence of cholera. Just as IWSLC has been able to extend the coverage of its water supply services, it has done the same for its sanitation and sewerage services. The number of connections increased with 17% but this was on an already overstretched urban sanitation system. The wastewater treatment plant became more and more of a bottleneck as it is extremely overloaded. The design capacity is 3,200 m3/day but the inflow is estimated at 11,322 m3/day or even more.

There are several explanations that explain the ability of the IWSLC to expand coverage in the years of conflict. Firstly, being spared the worst of the war damage, the infrastructure of IWSLC was robust enough to serve to an ever growing customer base, in spite of the lack of replacement or major investment. This physical asset base was matched with the intangible assets of IWSLC in the shape of transparent procedures– for instance in the way water is delivered and billed, in the way connections are made, and how customer complaints are dealt with. This has contributed to building customers’ confidence.

A second reason underlying the IWSLC remarkable performance is its financial autonomy. Its ability to collect its own revenues and adjust the prices for its services has allowed IWSLC to generate sufficient revenue to pay for all essential running costs and ensure timely payment of staff, even in hard times. This boosted staff morale. Had the IWSLC been dependent on public finance, it would have been much more exposed to the financial trouble that came with the Yemen war, such as the cessation of government payments.

These two points combined created a high spirit – for customers it is the only route to affordable and relatively reliable water supplies; for staff it was the only way to secure a job and income. The war interestingly galvanized IWSLC’s performance. In short, the customers needed the IWLSC for its affordable water services, and the staff needed the IWSLC for their jobs. There was simply no alternative than this beneficial mutual dependence.

A third reason was that IWSLC managed to avoid political interference that could have hampered its smooth response to the severe crisis. IWSLC retained its board and senior management – taking some difficult decisions on raising and changing tariffs and undertaking austerity measures, including need-based employment and recovery of all operational expenses.

Fourth, well-targeted support from humanitarian agencies helped to strengthen IWSLC and helped it to continue functioning by resolving vital constraints, such as the exposure to high fuel prices or the provision of necessary equipment. In contrast, in other cities, parallel emergency water supply systems were created under humanitarian aid.

The remarkable performance during war time is also a story of trust and necessity: for customers the IWSLC was the secure and affordable source of water that should never be able to fail. For staff this was made possible by continuity of management and invisible social infrastructure: high staff motivation and practical transparent procedures.

The Ibb water security case brings two generic lessons. It is important that public utilities keep functioning during crises. During crises, emphasis is often on emergency aid or post-disaster recovery, but there is a third priority of ensuring that vital services continue. Continued services by water utilities in a time of severe crisis is essential to reducing civilian casualties. It is hence important in the repertoire of conflict measures to not only focus on relief and rehabilitation but also to find ways to support utilities in providing their lifelines services during crisis, be it hospitals, energy providers or water utilities.

The second lesson concerns the importance of creating resilient organizations. There were several elements that made IWSLC a showpiece of resilience: financial autonomy, robust infrastructure, sufficient spare parts and fuel reserves, strong systems for billing, good customer service and complaint handling, and a relative safe distance from political interference through multi-stakeholder board and strict rules.

A testimony to the ingenuity of the gentle people of Yemen…. 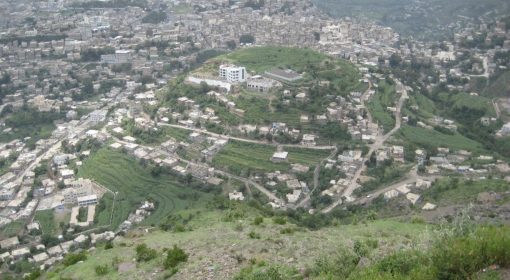